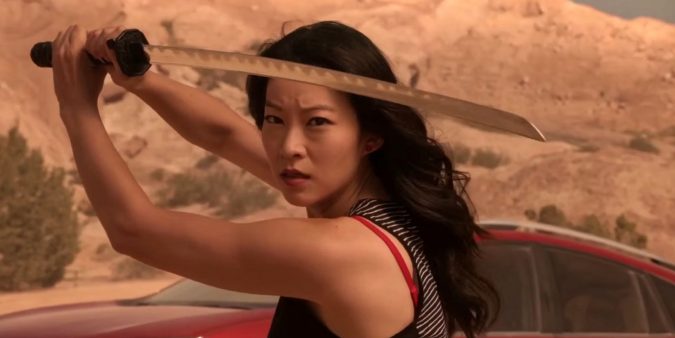 Netflix’s upcoming Avatar: The Last Airbender series adds several new actors to its live-action cast. The previous adaptation of the original Avatar: The Last Airbender animated series, a movie helmed by M. Night Shyamalan in 2010, unfortunately left a bitter taste in fans’ mouths. This created some apprehension about the latest attempt to capture some of what made the animation so successful, which was only furthered when original creators Michael Dante DiMartino and Bryan Konietzko left the project back in 2020.

After their departure, Albert Kim took over as showrunner, promising a project that both old and new fans of the series are sure to love. Kim was a fan of the original cartoon, and after he guaranteed a diverse cast and crew behind the new live-action ATLA, fans regained some optimism for the project. Gordon Cormier plays Aang in the new series, supported in his search for bending masters by Kiawentiio and Ian Ousley as Katara and Sokka, respectively. Their journey is constantly being interrupted by Zuko (Dallas Liu), who hunts for the Avatar with the help of his Uncle Iroh (Paul Sun-Hyung Lee).

Now, Avatar: The Last Airbender continues to round out its cast with these new actors, according to Avatar News and KnightEdgeMedia. Arden Cho, Momona Tamada, and Simon Chin were all recently announced, though there’s nothing said about what characters they will play. Cho is best known for playing Kira in Teen Wolf, Chin’s most recent performance is in Sonic the Hedgehog 2, and Tamada is already familiar with Netflix due to her work on The Baby-Sitters Club as Claudia.

ATLA season 1 is currently filming, set to tell its story across eight hour-long episodes. Production for the Netflix series began at the end of last year, with the tentative suggestion of a late-2022 release date. Although some hopeful fans still hold onto this, the continued casting updates for ATLA could suggest a longer wait, likely early-2023. Most recently, a casting call for a character called Dakota was put out, which was quickly sussed out as possibly Avatar Kuruk. Kim has warned fans that the live-action ATLA wouldn’t be exactly like the cartoon, as they plan to explore some as-yet-untold stories within the universe, which is evident from the inclusion of characters like Suki’s mother, who was never mentioned in the original.

As changes are being made to the story for the live-action adaptation, it’s difficult to speculate who these actors will play in Avatar: The Last Airbender. However, several of these actors have previously performed stunt-heavy roles: Chin has various violent and battle-ready characters under his belt, and Cho is already comfortable with sword fighting from her Teen Wolf days. These skills will definitely be an advantage for whoever these actors portray in Netflix’s Avatar: The Last Airbender.

TV/Movie news writer based in Scotland. Always looking for new media to consume, and is obsessed with spoilers. Has way too many opinions on fictional characters. Ellisha began writing for Screen Rant in 2021.