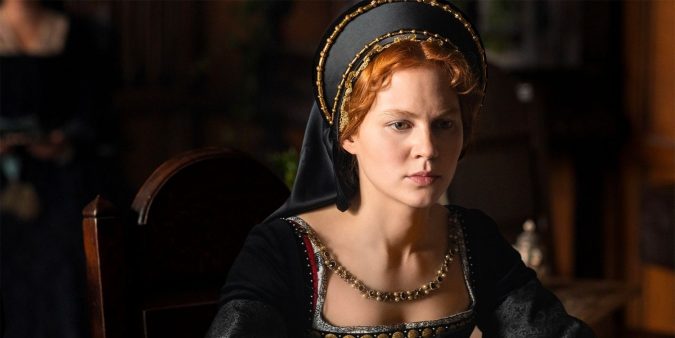 The first trailer for the upcoming Starz historical drama Becoming Elizabeth shows off the intrigue that plagued the teenage years of Elizabeth I.

Starz has dropped the first trailer for its new historical drama set in the Tudor period, Becoming Elizabeth. With a rich slate of historical programming including Outlander and Da Vinci’s Demons, Starz is once again heading back across the centuries to give audiences a show that explores the teenage years of Elizabeth I, the last Tudor monarch. Starring Alicia von Rittberg as the eventual queen, Becoming Elizabeth will depict her struggles with her siblings Edward and Mary, along with the death and deception that so often plagued the royal court.

This intrigue is all on display in the new trailer that Starz has dropped on Youtube. Opening with a sequence where Elizabeth and her siblings learn of Henry VIII’s death and Edward’s ascension, it flies through scene after scene of sultry historical drama. The trailer doesn’t shy away from the danger that Elizabeth faced, as she finds herself at odds with not only her siblings, but also those that would wish to see her dead. Elizabeth also deals with romantic advances, mainly from her uncle Thomas Seymour, played by Tom Cullen. See the full trailer below:

Related: What The Tudors’ Cast Has Done Since The Show Ended

Created and written by British playwright Anya Reiss, Becoming Elizabeth looks set to capture not only the intrigue of the period but also some of the sultry magic that drew large audiences to Starz’s other shows such as Spartacus. Elizabeth’s teenage years were fraught with danger, much of which the show will likely explore, and it should make for great television. Becoming Elizabeth will premiere on June 19th.

Frasier: Daphne’s Accent Was Made Worse By One Cast Member