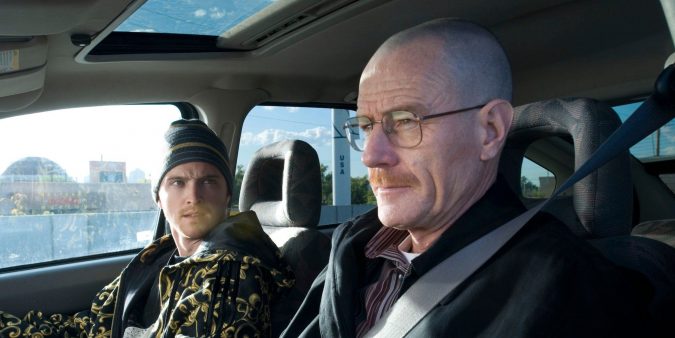 Better Call Saul just teased the return of Walter White and Jesse Pinkman in season 6. Better Call Saul, which premiered on AMC in 2015, is a spinoff of Breaking Bad, following the titular character played by Bob Odenkirk. Saul is the alter ego of lawyer Jimmy McGill, who slowly becomes more and more involved in the criminal underworld over the course of the series.

Breaking Bad, which ran from 2008 through 2013, is one of the most popular and critically lauded television series of all time. It follows the journey of a high school chemistry teacher named Walter White (Bryan Cranston) who is diagnosed with lung cancer and turns to making and selling meth in his hometown of Alburquerque, New Mexico to earn money in the time he has left. To do so, he teams up with a young drug dealer named Jesse Pinkman, played by Aaron Paul. Although Jesse was originally supposed to be a minor character, Paul was such a dynamic personality that they kept him on the show for the rest of the run.

Related: Better Call Saul: Why Nacho Dying Is Much More Likely Than Kim

Now, on the official Better Call Saul Twitter account, they shared a very exciting message. The post simply reads “they’re coming back” along with a picture of Cranston and Paul reprising their roles. The photo shows Walter White and Jesse Pinkman are in a car together traveling to destinations unknown. Check out the post below:

Brennan (he/him) is a senior writer at Screen Rant and a millennial who knows more about 80’s slasher films than he has any right to. A former host of the Attack of the Queerwolf podcast, Brennan has been writing and podcasting about pop culture (especially horror films) for a decade.

Brennan’s interests also include the Muppets, bubblegum pop from around the world, and reading (especially Jane Austen, Agatha Christie, the manga of Junji Ito, and novels of magical realism). His favorite film directors are Wes Craven and Pedro Almodóvar.