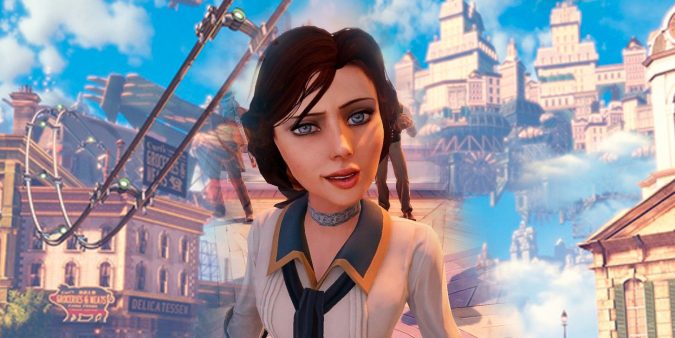 BioShock Infinite has received a sizable number of updates over the last few months, which has led to rumors of the game getting a PS5 upgrade.

A series of unexpected updates for BioShock Infinite have led to rumors of an upcoming PS5 and Xbox Series X/S upgrade. BioShock Infinite was originally released back in 2013 for PC, PlayStation 3, and Xbox 360. The game was remastered along with its predecessors back in 2016 as part of BioShock: The Collection, which was also released for the Nintendo Switch in 2020. The remastered compilation gave more people the opportunity to play every BioShock game back-to-back without having to purchase them separately.

BioShock Infinite was a big success for developer Irrational Games and publisher 2K, even though it ended up being the last game the studio worked on before it was restructured and rebranded into Ghost Story Games in 2017. Since then, no news on the next entry in the BioShock series was announced until 2019 when 2K unveiled that it set up a new studio called Cloud Chamber to work on BioShock 4. While few details on the upcoming game have been revealed since then, there have been a number of leaks on the new title. Most recently, BioShock 4’s setting and time period were reportedly leaked.

Reddit user 1000-7 (via TheGamer) shared their observation on the GamingLeaksAndRumours subreddit, pointing out the updates BioShock Infinite has gotten on SteamDB, and wondering whether a PS5 and Xbox Series X/S upgrade is coming. The game has gotten an average nine updates per month since September 21. While it only received five updates last September, that number has only ramped up since. In March alone, BioShock Infinite has received 14 updates. While some of the updates are pretty minor, others look pretty significant, which is unusual for a game released almost 10 years ago. Notably, the same situation occurred prior to the release of the game on Nintendo Switch, so this most recent round of updates have sparked rumors that 2K may be setting up for a current-gen upgrade for BioShock Infinite.

While BioShock 4 was slated for a 2022 release, not even a trailer has been seen so far, and launching a next-gen upgrade for BioShock Infinite could help garner interest for it by reintroducing fans to the series while allowing more people to experience the most recent entry in the series. Although it’s unclear whether BioShock 4 will be narratively connected to BioShock Infinite, the series has maintained similar gameplay concepts and themes all throughout its installments. However, it’s also possible that BioShock 4 will end up being completely different from its predecessors, given the current trends in game development as well as how long it’s been since BioShock Infinite was released.

Nonetheless, a current-gen PS5 and Xbox Series X/S upgrade for BioShock Infinite would be great news for fans of the game. And with BioShock 4 potentially set to release new details soon, it’s perhaps the best time to start playing BioShock. Fans may have to wait a little longer to see if the rumors of a new console update are true, but it’s hoped news on the future of BioShock Infinite will be revealed soon.

Martin has been writing for ScreenRant since the middle of 2020. He’s also written for several print and online publications across gaming, esports, and tech over the past 9 years. Some of these include PC World Philippines, Computerworld Philippines, 2.0 Magazine, Gadgets Magazine, GGNetwork.tv, PlayStation LifeStyle, GamingBolt, GameRevolution, UnGeek.ph, and more. Apart from video games and tech, Martin is a also massive anime and manga fan.