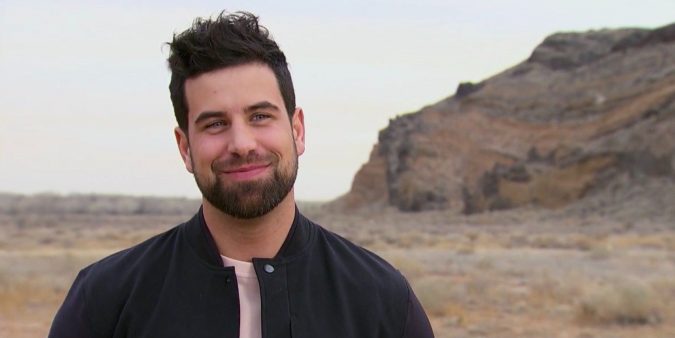 After his time on The Bachelorette and split with Katie Thurston, Blake Moynes still isn’t against going on BIP if the circumstances were right.

Despite Blake Moynes’ tumultuous time on the franchise, he is not totally against going on Bachelor In Paradise, if the circumstances are right. Bachelor Nation was first introduced to Blake in Clare Crawley’s season of The Bachelorette. The season was already unique in that it was the first-ever to be filmed in a bubble due to COVID-19. Every contestant, including Blake, had to quarantine for two weeks prior to filming. Unfortunately for them, Clare zeroed in on contestant Dale Moss right away. In just two weeks the two were engaged and the season was over, making it the shortest in Bachelor Nation history. Not wanting to waste the large number of men that were still left, producers scrambled to find a replacement and landed on the enchanting Tayshia Adams. The men were given the opportunity to leave if they felt the entire ordeal had already been too much for them, but Blake choose to stay.

Blake made it pretty far into the season but he was eliminated during week 9, and thus his Bachelor story ended. Only it didn’t. While Blake was never cast to be on Katie Thurston’s season, he’d seen her on The Bachelor and seemed to like what he saw. He was a late arrival and pled his case to her explaining the two would make a good couple. To Bachelor Nation’s surprise, Katie allowed Blake to continue on the journey. Through a series of miscommunications and mishaps, a few of Katie’s frontrunners ended up sending themselves home, leaving Katie at the end with only Blake and another contestant she’d hardly spent time with. Katie accepted Blake’s proposal, and the two were engaged for a short amount of time before officially breaking up in October 2021.

Despite the long and arduous journey that was Blake’s time on the franchise, he isn’t exactly against going back. This Tuesday Blake took to Instagram to do a little Q&A, which was captured by Us Weekly. When someone asked if he’d ever consider going back on the show Blake joked, “Duh, Paradise! Count it down! Can’t wait to get on that beach, get back into it.” The Bachelor may be a franchise about finding love, but its track record isn’t the best. It isn’t uncommon for members of Bachelor Nation to get a second shot of love on BIP, and the success rate of the spinoff is even higher than the original.

Though on a more serious note he added, “Probably not, never say never, but not unless it was a great opportunity for something, but I’d like to not.” Blake’s apprehension is completely understandable. Once it was announced Blake was the “winner” of the series, fans were convinced that he only ended up engaged due to other men leaving. Blake was widely perceived as Katie’s second choice, with the engagement being a last-ditch effort to see if it worked. While Katie denied cheating, she did get incredibly close to her now-boyfriend John Hersey at the time her and Blake’s engagement was coming to an end. It’s likely Blake doesn’t want to experience that type of hurt on such a public scale again.

It makes sense that while Blake isn’t ruling it out, he isn’t exactly jumping for joy at the chance to go back on Bachelor In Paradise. Since that relationship Blake says he’s been able to narrow down what he wants in a partner. If he was to go back on the franchise, like he stated, it would have to be because he saw something in a contestant that aligned with his wants. Though if the lovely women from Clayton’s season are any indication, that person may not be far off.

Next: Bachelorette: Blake Moynes Reveals Why He Still Isn’t Speaking To Katie

Camila Dejesus is a writer with a passion for Reality TV. She loves all things The Bachelor and Married At First Sight. She recently graduated from Brooklyn College with a bachelor’s in Television and Radio Production. In her free time, she loves writing stories and doing creative projects such as poem collections.