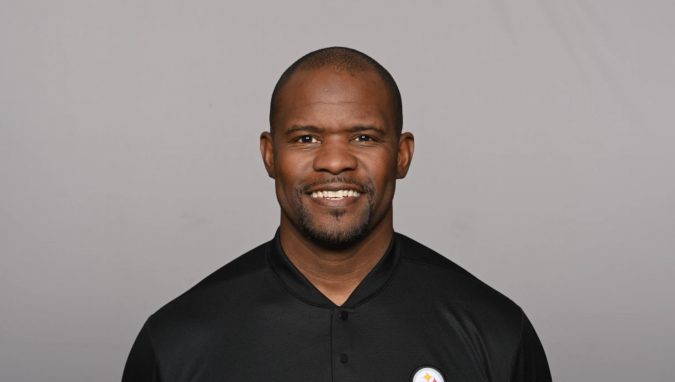 The NFL has not found a way to quash now-Steelers coach Brian Flores’ lawsuit alleging racial discrimination, which is surprising given the resources at their disposal and how, since it was filed, the suit has only become more dire for them.

Sure, the league expanded the Rooney Rule and added a new “Diversity Advisory Committee” — allegedly moves that were completely unrelated to Flores’ suit.  But those changes look pitiful in comparison to the increasingly hard-to-ignore allegations Flores and his peers are leveling. Just this week, two new plaintiffs — Steve Wilks and Ray Horton — were added to the class-action suit, and the Texans were added to the growing list of teams that the suit claims to be able to prove have discriminated in their hiring practices.

Horton’s complaint is a particularly potent one, with a remarkable piece of evidence. In a 2020 podcast interview, retired coach Mike Mularkey revealed with surprising candor how his one professional regret was remaining silent when Tennessee Titans owner Amy Adams-Strunk and the rest of her family/ownership group told him they were planning on hiring him in early 2016 — before proceeding with the Rooney Rule-mandated interviews of minority candidates (Mularkey is white). This is what Mularkey said on “Steelers Realm” (LOL):

Horton was among the sham interviewees for the Titans job, placing him in the exact same position as Flores alleges he was in earlier this year while vying to coach the Giants. Mularkey, presumably because of the shame he clearly still feels over the entire situation, lays out what happened with unusual clarity. There’s no need to decode text message misfires, as we did with Flores’ damning exchange with Bill Belichick. Mularkey states the problem, and his guilt, plainly — undermining just about any defense the NFL might come up with.

It’s highly likely that this piece of evidence — a quote from an old, publicly-available podcast interview — is closer to the beginning of the onslaught of nearly incontrovertible evidence against the NFL than the end, which speaks to the truth of the class-action and to the obviousness of the discrimination against minority and especially Black coaching candidates.

The Mularkey quote drives home not just how obvious it has been, but how those with power felt so confident in the persistence and effectiveness of that discrimination that they didn’t even really bother to cover their tracks.

Who needs an NDA when you’re operating under the assumption that your shared whiteness will translate to a code of mutually advantageous silence? There will be mountains more evidence if only because what’s come to light so far was so easy to find — close to the surface because those with power took for granted that the rules didn’t apply to them (an assumption that tends to be right). We are in for many more months of galling revelations because this injustice has been so entrenched for so long that those in charge haven’t even felt a need to pretend that they’re trying to fight it. The owners know they are the perpetrators. Now, thanks to their hubristic carelessness, at least Flores is better set up to make sure the public knows too.