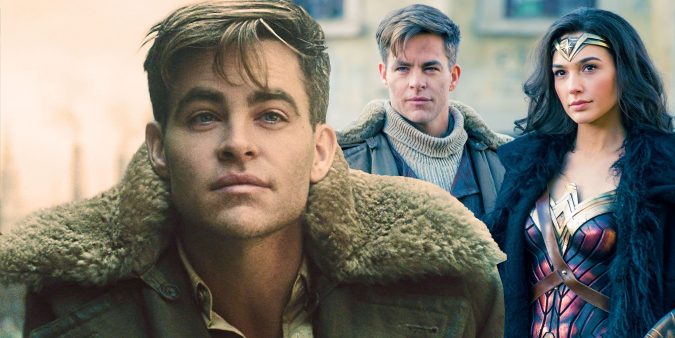 Actor Chris Pine addresses whether or not he could return as his character Steve Trevor in director Patty Jenkins’ Wonder Woman 3 with Gal Gadot.

Actor Chris Pine comments on whether or not his character Steve Trevor could return in Wonder Woman 3. Pine first played Trevor in 2017’s Wonder Woman, a soldier looking to recruit a team to stop the release of mustard gas during WWI. Trevor was created in 1941 by Wonder Woman creator, William Moulton Marston, and has acted as the partner and lover to Diana Prince ever since, in the comics.

Pine’s Trevor was killed off at the end of Wonder Woman but reappeared in the sequel, Wonder Woman 1984 when Diana was able to “wish” him back into existence for a short time. Trevor’s return in WW84 was a controversial one, as his character basically took over the body of a living man with only Wonder Woman seeing him as Trevor and everyone else seeing him as a random guy. The odd story choice left a bad taste in the mouths of fans, and his sudden, unceremonious departure from the sequel was even more jarring, but left little room for his return in any capacity.

In a new interview (via USA Today), Pine was asked about what he’s learned from working with Wonder Woman director Patty Jenkins as he’s executive producing his latest films, All The Old Knives and The Contractor, with the actor saying he learned “that she just has such confidence in letting her opinions be known and a collaborative spirit, in terms of getting what she wants done.” As far as Wonder Woman 3, however, Pine is less confident in seeing Steve Trevor return, giving a rather blunt response to the query, saying “I think poor Steve is dead, but I wish them all the best on the third one.”

Pine has a number of projects in the works that don’t revolve around superheroes, but is still dipping his toe in both big-budget and low-budget fare. In addition to All The Old Knives and The Contractor, Pine is starring in Olivia Wilde’s sophomore effort, Don’t Worry Darling, and will star in the next attempt at adapting Dungeons & Dragons, which is directed by John Francis Daley and Jonathan Goldstein (Game Night). Pine is also expected to return to the role that helped put him on the map, once again portraying Captain Kirk in Star Trek 4.

While Pine’s Trevor ended up being an endearing and beloved big-screen character, having him return for Wonder Woman 3 would feel like a betrayal of the character’s journey (and sacrifice), making his inclusion little more than fan service. However, most fans feel his absence is necessary at this point, especially after the odd return in Wonder Woman 1984. While Trevor will no doubt continue to leave an impact on Wonder Woman, it doesn’t need to be in a way that continues to bring him back from feature to feature, as it diminishes what his character has done for the franchise. Hopefully, Wonder Woman 3 can find a way to address Trevor without subjecting him to yet another strange resurrection.

Next: Every Way Steve Trevor Can Return In Wonder Woman 3