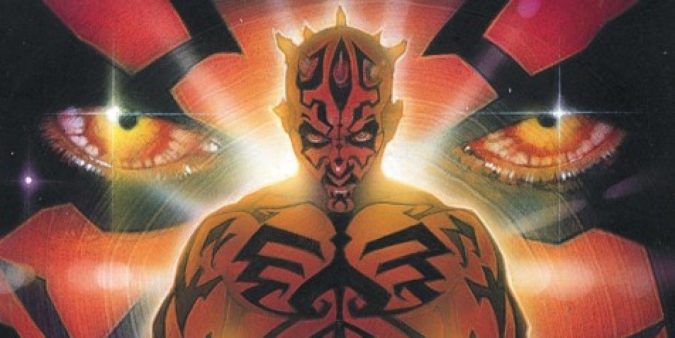 Darth Maul was significantly different in The Clone Wars, with changes made to his history that may have been foreshadowed by his comic miniseries.

Fan-favorite villain Darth Maul was significantly reimagined in the Star Wars canon in Star Wars: The Clone Wars, though these changes were strangely foreshadowed in a Legends comic series. Darth Maul captivated viewers in Star Wars: Episode I – The Phantom Menace, challenging the Jedi in an iconic duel on Naboo before Padawan Obi-Wan Kenobi seemingly killed him. The 2008 animated series The Clone Wars began before everything in the Expanded Universe was rebranded as non-canon Legends, but it has been established to be canon. The series rewrites Darth Maul and ties him to lore found in his Legend-era comic miniseries, Star Wars: Darth Maul, by Ron Marz and Jan Duursema.

Since the Legends version of Darth Maul died in The Phantom Menace, his characterization came from stories set before his live-action debut. In these Legends stories, Maul is a Zabrak from Iridonia who was taken from his family by Palpatine, who raised and trained him as a Sith Lord, despite being Darth Plagueis’ apprentice at the time. While Sith Lords sought to rule the galaxy through Machiavellian leadership and shaping history from the shadows, Maul focused more on the lethal fighting abilities of Sith Lords, becoming the loyal assassin of Palpatine.

In The Clone Wars Maul was rewritten to be a member of a canon-exclusive species, the Dathomirians, who came from a significantly reimagined version of Dathomir rather than Iridonia. Maul also survived his bisection in The Phantom Menace, resurfacing in the Clone Wars to become a disruptive third party in the conflict, establishing the Shadow Collective by taking over and combining criminal organizations like the Black Sun and the Pyke Syndicate. Curiously, Darth Maul’s Legends-era miniseries has him similarly decapitating the Black Sun’s leaders and fighting a powerful Nightsister (a dark side-wielding Witch of Dathomir), creating a fascinating parallel to his canon counterpart.

The Black Sun is one of the most dangerous criminal organizations in both Star Wars timelines, making them both a potential danger and ally to the Sith Order. In the Legends-era Darth Maul comic, Palpatine tasks Maul with creating chaos within the organization by wiping out its leadership, but not completely dismantling them. Maul succeeds, and the Black Sun becomes an ally to Palpatine during the reign of the Empire, helping him construct the Second Death Star. In canon, Maul and his brother, Savage Oppress, decapitate all but one of the Black Sun’s leaders, recruiting the organization to the Shadow Collective.

Maul’s reimagining as a Dathomirian and a member of the Nightbrothers (a canon-only counterpart to the Nightsisters of Dathomir) is one of the biggest changes that The Clone Wars made to him, with Nightsister dark side “spells” helping him repair his body and mind after years in exile. In Legends, Darth Maul had no connection to the Dathomir, but was familiar with the obscure world and its Force-sensitive human population, surprising the Black Sun enforcer Mighella, who realized that Darth Maul was a Sith Lord in her final moments. Star Wars: The Clone Wars may have been directly inspired by the Legends-era Star Wars: Darth Maul when rewriting the Sith Lord, as is often the case in Star Wars canon properties.

Next: Palpatine’s Secret Flagships Are Still The Empire’s Deadliest

David Miller is a staff writer for Screen Rant, indie comic writer, and life-long lover of all things Star Wars, Marvel, and DC. He was born and raised in New York and has a degree in English from Rider University. He relates to Peter Parker maybe a little too much.