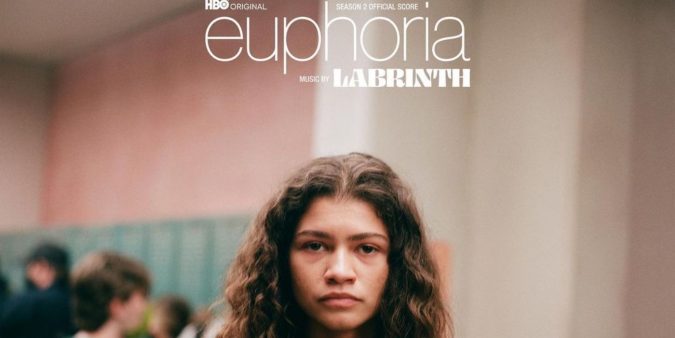 A release date for Euphoria season 2’s score has been announced. Based on the Israeli miniseries of the same name, Euphoria is a teen drama created and written by Sam Levinson. The first season aired on HBO in 2019 and quickly caught on with audiences for its raw and boundary-pushing exploration of teenage life and its various pitfalls. The pandemic delayed season 2 significantly as Euphoria returned in January 2022, doubling its viewership from its debut season. HBO responded by renewing Euphoria for a third season.

Zendaya leads the cast of the series as Rue Bennett, a teenager recovering from drug addiction, along with Angus Cloud as Fezco, a local drug dealer who has a close relationship with Rue. Over two seasons, Euphoria has garnered massive acclaim from audiences and critics alike for its performances, score, and overall mood. Many of these aspects go hand-in-hand as Labrinth’s original score helps create the show’s signature sense of surrealism and features actors from the show, such as Zendaya on the track “All For Us,” which scored Rue’s musical hallucination spurred on by her relapse at the end of season 1.

Now, a release date for Euphoria season 2’s original score has been announced. Labrinth made the announcement on Instagram, revealing that the score will be released as an album on April 22 and is available to pre-order now or pre-save on digital music providers. See the entire tracklist in the post below, which includes songs featuring Zendaya and Cloud. A T-shirt adorned with Rue’s face is also included with a purchase of the limited box set.

By popular fan demand, the album includes both Labrinth and Zendaya’s versions of “I’m Tired,” the song which scored season 2’s hallucination scene in the church that features a cameo from the composer himself. Cloud also provides vocals on a song, presumably track number 9, titled “Fez’s Interlude.” The compilation also includes “Skeletons” and all the other season 2 songs fans wanted to be included on the album, Labrinth assures in his post.

Euphoria season 2’s score serves to further showcase the cast’s wide range of talent. Newcomer Dominic Fike, who plays Elliot and was an accomplished musician before joining the show, can be heard on the track “Elliot’s Song,” which he sings to Rue during the season 2 finale. Meanwhile, Zendaya is also an accomplished singer outside Euphoria, releasing a studio album in 2013 and also showcasing her vocal talents on The Greatest Showman soundtrack. Luckily, fans won’t have to wait long to experience Euphoria season 2’s score in full album form.

Next: Euphoria’s Ending Is Flawed, But Doesn’t Ruin The Show – What It All Means