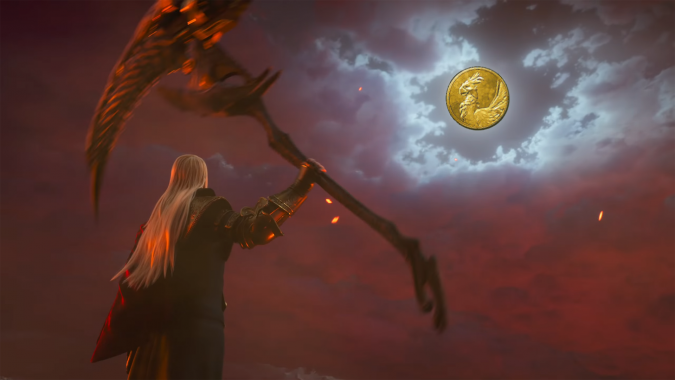 We should really feel bad for hunting Saigaskin Map locations in Garlemald after the latest FFXIV expansion. Yes, the nation housed some of our greatest enemies in the game for the past several years, but Endwalker doesn’t exactly leave the people there in the best state. Somehow looting treasure maps out of the ground there just feels wrong! If you don’t have any scruples about this, however, remember that Treasure Maps are one of the best ways to make money in Final Fantasy. Even if you have to go to Garlemald to do it sometimes. Hopefully there will be some kind of Ishgard Restoration or Doman Reconstruction type of side quest in the future so we can reinvest some of these ill-gotten map gains in a better version of Garlemald down the line.

If you’re not familiar with this system yet: Saigaskin Maps are “solo” affairs. These are balanced to allow a single player to hunt treasure throughout the world of Final Fantasy. These are found in certain gathering points throughout various Endwalker regions.  Anyone playing as a Miner, Botanist, or Fisher can harvest maps as they would any other type of resource from the land — assuming you own the proper expansion. Timeworn Saigaskin Maps specifically appear in Level 90 mining, botany, and spearfishing nodes. If you don’t get one at first, just keep plinking away until you see one.

The downside is that there’s a limit to how many maps you can collect for free (once per 18 hours to be exact). The upside is that there’s no cap at all on how many you can open. Meaning players can roll the dice on Saigaskin Maps in FFXIV as much as they want! That’s if you can afford to keep buying them from other players off the Market Board, of course.

Then it’s just a matter of selecting the Timeworn Saigaskin Map from your inventory and using “Decipher” by clicking on the map itself.  This moves the map out of your regular inventory pages and into your Key Items tab. We say “the” map because you can only hold one of each map type in any one inventory at a time. For example, you can hold a single Saigaskin Map and a single Kumbhiraskin Map, but not two of each. Though you can put one Saigaskin Map in your inventory, one in your Chocobo Saddlebag, and one on each of your Retainers. Deciphered maps also count as their own type of item, so you can have both an undeciphered “Timeworn Saigaskin Map” in your normal inventory and a deciphered “Saigaskin Map” in your Key Items at the same time.

It’s a lot to remember, but simple once you start to try it for yourself. Don’t be shy! There are always more maps to acquire.

Next: click on the deciphered map will now show a tiny slice of one randomly selected in-game zone (Garlemald, or what’s left of it, in this particular case). Using this as a clue, you need to locate the general area depicted on the image. Monster guards will spawn at this point. Though they’re not too difficult to handle on your own. You should still be at or close to Level 90 before taking on these foes. Having your Chocobo companion summoned into the fight can also speed things along. Once that’s through, too, you can finally open the chest and receive the rewards inside!

The next question that comes up with each new map is “Where do I go?” It’s certainly possible to figure this out for yourself in-game. A lot of players don’t bother with that, of course. FFXIV Treasure Maps always draw from a limited pool of possible locations. And Saigaskin Maps can appear in one of eight places per Endwalker region. Possibly for lore reasons, however, they don’t appear to spawn in Elpis.

As such, it’s possible to create a map of the appropriate maps. Which is exactly what we’ve provided below! You can check from all of the labeled locations for Garlemald right here. Each number represents one of the possible spots; simply comparing it to your in-game Saigaskin Map should show you where to go. Once you reach the proper location, finally use the “Dig” command (also found in your actions menu under “General”) to reveal the treasure chest, fight the guards, and open up that buried treasure.

This big map is useful, sure. But this next section will provide images of every Saigaskin Map location in Garlemald with a bit more fidelity. These should roughly match up with the actual Saigaskin Maps you find after using the “Decipher” command. Every image below is also numbered, so that you can more easily cross-reference them with the locations broadly shown above. Finally, you can also click to expand any one of the images in the table if you need to see things in a bit more detail!​

Garlemald Saigaskin Maps share the same pool of random rewards as any other Saigaskin map. Every treasure map in the game is a bit of a gamble in this way, but you can expect to receive a few tomestones, somewhere between roughly 3,000 and 10,000 Gil, and a hodgepodge of items. The items are typically crafting materials and potions. Crafters can either make use of these themselves or flip them on the Market Board as well. That can easily add up to six digits of Gil per week. Especially if you get the really rare stuff.

Saigaskin Maps launched as the only way to get “Phonograph Plates.” These are used to craft the Orchestrion Phonograph: a tabletop item that lets players play music in their houses and apartments. The price of the plates varies by server, but we typically see them going for a little over 20,000 Gil per item. Who doesn’t like music, after all?

And that’s that for this guide to Saigaskin Map locations in Garlemald! We’d like to give special thanks to A Realm Remapped for collecting and hosting high resolution FFXIV maps that we used in the creation of this guide. Regarding your own endeavors in the game, best of luck and happy treasure hunting!