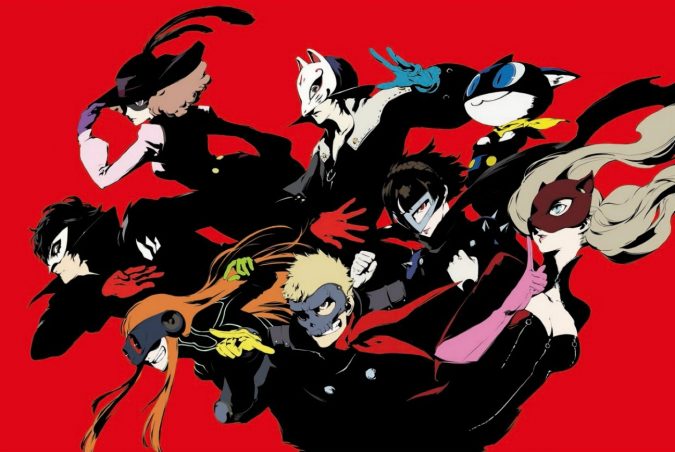 It’s the five-year anniversary of Persona 5, and in those years, I’ve written thousands upon thousands of words about the JRPG. It’s a game that’s been so intrinsically tied to my career writing about games that it’s wild to think it’s only been five years since I first experienced the story of Joker and the Phantom Thieves. But in the half a decade that’s followed, Persona 5 hasn’t left me; the fire it helped instill in me hasn’t stopped burning.

In the time since Persona 5 came to the west in 2017, I haven’t been without a new adventure from the Phantom Thieves for long. A year after that first game, I danced the night away in Persona 5 Dancing in Starlight. Persona Q2: New Cinema Labyrinth brought the Phantom Thieves into a crossover with previous casts in 2019. I began the COVID-19 pandemic playing through Persona 5 Royal (and man, that game hits hard when you’re facing systemic failings on a global scale). I was able to see my friends again as recently as last year with the release of Persona 5 Strikers. There was even an extremely mid anime adaptation in there.

Are five games and an anime over the course of five years too much? Probably for some. But I think I abandoned any notion I had of holding the JRPG series to a higher standard of saturation when it took a swing at a rhythm game. I was just happy to see friends like Ryuji Sakamoto and Makoto Nijima whenever I could and in whatever form they came. The feeling of banding together with them to fight corrupt systems was cathartic, full of moments of genuine connection, and, most importantly of all, hopeful that a better future is possible.

The story of the Phantom Thieves is about a group of teen superheroes who delve into a supernatural space called the Metaverse. Here, they find distorted mirror images of corrupt authority figures called Shadows; through defeating them in one world, they’re able to force them to confess their crimes in the real world. It’s a story of fighting against systemic issues by striking at the source: the people in power who perpetuate them. It goes from smaller-scale conflicts, like a high school volleyball coach abusing his students, to country-wide conflicts like a corrupt politician looking to become the Prime Minister. While the word “subtlety” doesn’t show up in Persona 5’s mission statement — at one point, a mob boss views the citizens of Tokyo as literal ATMs — the sentiment still rings true.

In fact, it does so even though the game isn’t always the best at supporting its own themes. Looking back on Persona 5, it’s easy (and worthwhile) to pick apart the ways it fails its own ideologies. It spotlights the abuse that party members Ryuji and Ann faced at the hands of their high school’s coach while making them the butt of jokes about physical violence and sexual harassment, respectively. It preaches about fighting for those who suffer under oppressive systems yet actively engages in homophobic bullshit (that localization attempted to mitigate in Royal) and pushes queer identity out of view. And don’t get me started on those weird adult/teenager relationships.

In a game that is over 100 hours long, there are more than a few moments where Persona 5 trips on its way to saying something meaningful. For some, those flashes of poor judgment (what is even the joke about two adult men harassing a teenager?) color their entire experience with it. We’re only five years removed from when Persona 5 launched. For all its declaration that society needs to break free from the oppressive chains of the systems defining it, I imagine those lapses in its own beliefs will stick out all the more when we reflect on it again at its ten-year anniversary.

I type all these things as my arm is adorned with blue, grey, and white ink etched in the shape of Ryuji’s Phantom Thief mask covered in blue flame. It’s in the shape of a skull, which would go on to be his code name in the Metaverse. The masks in Persona 5 are symbols of each character’s desire to rebel against the machine and become the Phantom Thieves who wield the titular Persona to pave the way for a better tomorrow.

For Ryuji, his better tomorrow comes when he faces the shadow of Suguru Kamoshida, the volleyball coach who broke his leg and ruined his career as a track team star at his school Shujin Academy. The Metaverse depicts the high school as a castle for Kamoshida to walk around as a king, abusing the students as he pleases. In the time that followed Ryuji’s injury, he’d become a bitter reject at school, lost most of his friends, and thought the only way for him to cope was to become an outcast. In awakening to his Persona and becoming a Phantom Thief, Ryuji decides to fight for what’s right, rather than feeling sorry for himself and resenting everyone around him.

These awakenings take different forms for each character, such as rebelling against a father figure, a teacher, or a criminal who threatens the student body. But there’s a consistent throughline of awakening to the corruption around you and being willing to fight in whatever form you can. And despite its stumbles in maintaining that hopeful vision throughout, that’s still the part of Persona 5 I’ve kept with me in the past five years.

More games have come since and riffed upon these ideas. Persona 5 Strikers used a Musou structure to talk about how trauma can create villains rather than heroes like the Phantom Thieves, and Royal felt like a true evolution of each of those characters as they reflected on what they lost to accomplish what they did as heroes. But that underlying foundation of looking at the world around you, saying “things don’t have to be this way,” and aspiring to something better beats in the heart of every Persona game that’s come since.

In five more years, we’ll still be looking back on the scenes where Persona 5 tramples over the same people it advocates for. But even as my eyes roll at scenes that never needed to be there, I still see the hopeful ambition that’s central to what it means to be a Phantom Thief. Whether that be in granular, thematic segments like a once-angry track star gaining his skull mask to fight an abusive teacher, or in the smaller, more mundane moments when a group of friends sits down for sushi.