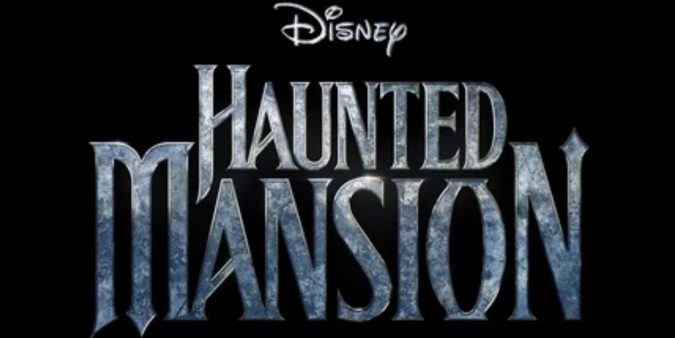 Disney releases a new spooky logo and the plot details for its upcoming Haunted Mansion movie based on the classic theme park attraction.

Disney releases the logo and story details for its new Haunted Mansion movie. The upcoming film is based on Disney’s iconic theme park attraction and has been in development since as early as 2010. Haunted Mansion is being directed by Justin Simien (Dear White People), and its star-studded cast includes Rosario Dawson, Chase Dillon, Tiffany Haddish, LaKeith Stanfield, Danny DeVito, and Owen Wilson. The film is set to be released on March 10, 2023.

This week, Disney released the logo and story details for its new Haunted Mansion. In the new supernatural comedy, Dawson plays single mother Gabbie who moves into a mysteriously affordable mansion in New Orleans with her son (Dillon) while looking for a new life. After discovering the mansion is already occupied by ghosts, she enlists the help of a priest (Wilson), who in turn spins the exorcism into a wild adventure. They then enlist a widowed scientist-turned-paranormal expert (Stanfield), a psychic from the French Quarter (Haddish), and a crotchety historian (DeVito) for help.

Haunted Mansion will be the third movie based on the classic ride. Disney’s Haunted Mansion attraction was first adapted for the screen as the 2003 feature film The Haunted Mansion starring Eddie Murphy, and it was recently revisited by the Muppets in the Disney+ special Muppets Haunted Mansion. Because of all that, the new iteration really needs something unique to stand out. Luckily, it sounds like it does. With the upcoming new film, Disney adds a new twist to the familiar story, and with its talented cast and comedic adventure, Haunted Mansion is shaping up to be a film to anticipate.

Next: Why Disney’s Haunted Mansion Reboot Is Desperately Needed

Why Wolverine Hates Deadpool (And Always Will)

Molly Jae is a freelance writer based in the DFW area of Texas. She is a graduate of Arizona State University with a degree in Film and Media Studies. As a lifelong Marvel fangirl, she spends most of her time trying to convince others Iron Man was right.