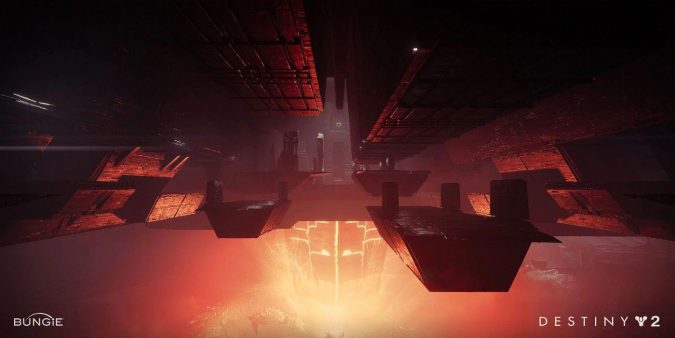 The Vow of The Disciple weekly raid challenges have begun to roll out in Destiny 2, and it’s making the Exhibition encounter even more of a pain.

The Vow of The Disciple Raid for Destiny 2 is chock-full of new weapons and armor for players to get their hands on. The weapons that can drop from Vow of The Disciples’ encounters are easily some of the best new weapons in Destiny 2 and probably the best group of weapons from any raid. Luckily, challenges for each raid encounter began rolling out last week, which means players will have the opportunity to earn double rewards from the encounter that has the weekly challenge enabled. Raid encounter challenges rotate every week, so players will have to check the game modifiers on the bottom left of the screen just before launching the raid to see which encounter has a challenge enabled.

While raid challenges rotate every week, they do not rotate in random order. This means that if last week’s raid challenge was the Caretaker encounter of Destiny 2’s Vow of The Disciple, then that means that this week’s challenge encounter would be the raid’s third encounter, the Exhibition. This encounter is already a very chaotic part of the new raid, and this challenge definitely doesn’t make the encounter any easier. The Exhibition is generally players’ least favorite part of the raid, and in order to get double rewards, they’ll have to endure even more additional chaos during the encounter.

Related: Destiny 2: How to Complete The Acquisition Challenge in Vow of The Disciple

The Exhibition challenge sounds simple on paper; no player can kill a Knight Disciple more than once. While it may sound easy, it gets a lot harder to pull off when Destiny 2’s Exhibition encounter is in motion. Firstly, there are seven Knights in the encounter in total and only six players, which means at least one Knight will have to be skipped entirely. Also, players will end up having to juggle the artifact given at the beginning of the encounter throughout the entire Exhibition to kill the Knights rather than in-between rooms, which becomes extremely chaotic considering there are already two other artifacts that need to be juggled at all times. Communication and good team composition is key to completing this raid challenge and earning double rewards.

How to Complete The Exhibition Challenge in Destiny 2

In order to complete the Exhibition challenge, players will have to continue passing the Relic to a new player after they kill a Knight with it. This becomes easier to do if players call out what Artifacts they’ll be picking up in each room of the encounter before it begins. Players should equip Destiny 2’s Funnelweb to deal with the excess of enemies during the encounter and while passing the Relic around. Since there are seven Knights in this encounter and only six fireteam members, players should try and skip the second Knight in the second room and continue moving straight towards the third room of the encounter. Once each player kills a Knight a completes the encounter, they will be rewarded with double rewards.

The Exhibition challenge is easily the most difficult challenge introduced to Destiny 2’s Vow of the Disciple raid thus far, but that doesn’t mean players can’t pull it off. It may take a few tries, but the challenge should become easier to complete once players get their communication and timing down. Be mindful of the debuff players get after dropping a relic, which bars them from picking another one up for 50 seconds unless they die. Players who plan ahead of the encounter should have few issues getting the challenge done.

Next: Destiny 2: How to Get The Whisper of The Worm Catalyst

Jacob Tawil is a Cinema Screen Studies Major and Journalism Minor from New York. He’s been a gamer his whole life and is happy to merge his passion for it into his work. It is currently unknown if he will ever stop playing Destiny 2.

He goes by the online alias of IamTawil.