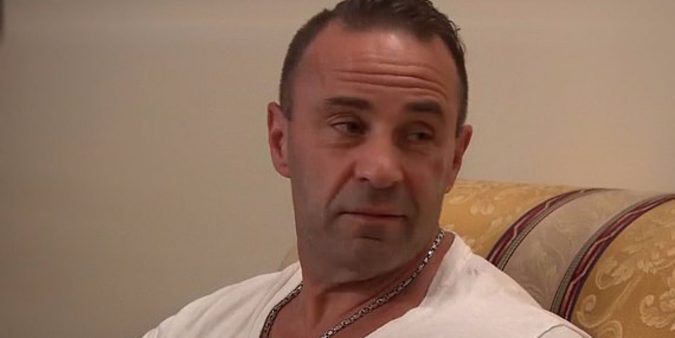 RHONJ fans are sad to hear that Joe Giudice’s grandmother and uncle have passed away within a day of each other. Many give Joe their condolences.

Joe Giudice, the ex-husband of The Real Housewives of New Jersey star Teresa Giudice, recently shared the heartbreaking news that his grandmother and uncle passed away. Many RHONJ fans have watched Joe since season 1 and knew him as a family man. He was often shown with his daughters Gia, Gabriella, and Milania. The Giudices welcomed Audriana in 2009, which was shown in RHONJ season 2. In 2014, Joe and Teresa were convicted of wire and bankruptcy fraud, which resulted in Teresa spending eleven months in jail and Joe serving 41 months.

Following Joe’s sentencing, he was deported to his native country of Italy. Heartbroken over losing their dad, Joe’s daughters urged him to fight his deportation. He appealed twice but sadly they were both denied. After moving to Italy, Joe stayed with his grandmother in Sala Consilina, Italy. In 2019, the Giudice daughters visited Joe in Italy and were able to see their great-grandmother, Nonna Maria. Joe was over the moon about the happy family reunion.

Related: RHONJ: All The Times Joe Gorga Has Fought With Joe Giudice

Sadly, Joe shared in an Instagram post that his Nonna and Uncle Pasquale passed within 24 hours. He posted a screenshot of his grandmother and uncle on a video chat, and wrote, “Just lost my Grandmother 87 and my Uncle Pasquale 94 in one day very sad night.” Many RHONJ fans expressed their condolences and sent Joe love and healing thoughts. One fan even recalled an RHONJ episode when the Giudice family went to Italy and visited Joe’s grandmother.

Joe’s daughter Gia simply replied with two red heart emojis. RHONJ star Margaret Josephs posted prayer and heart emojis. Following the initial Instagram post, Joe posted a series of pictures of himself and his grandmother. One picture shows Joe kissing Nonna Maria on the cheek. Another is a photo of a much younger Joe wearing a suit and his smiling grandmother in a white dress. Joe’s most recent post is a photo with the words, “Everyone gets a grandmother. Only the lucky get a Nonna.”

While Teresa didn’t comment on Joe’s posts, she lent her support by liking all his pictures. Teresa and Joe divorced in 2020 after more than 20 years of marriage. She revealed that the long distance and the strain of going to prison caused too much damage to their relationship. Teresa is happily engaged to Luis Ruelas, although their relationship has caused much controversy in RHONJ. Joe has expressed concern that the pair were moving too fast but has been supportive of his ex-wife and has even said he would attend their wedding.

Next: RHONJ: Why Teresa Exploded On Margaret at Season 12 Reunion