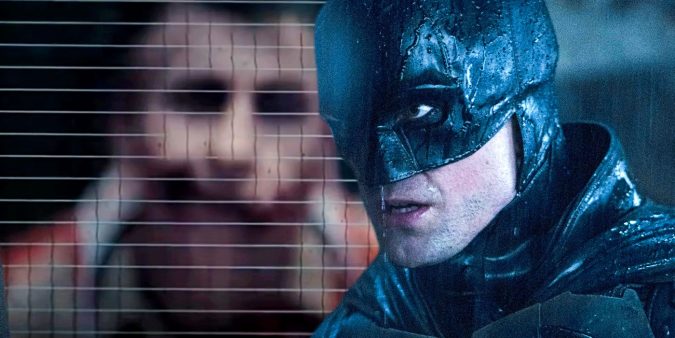 In a newly released commentary for The Batman, Matt Reeves reveals that Barry Keoghan’s Joker is not the fully formed Joker yet.

The Batman director Matt Reeves has revealed that Barry Keoghan’s Joker is not actually The Joker yet. Reeves’ iteration of the character debuted in a cameo appearance in the recent relaunch of The Caped Crusader, which hit theaters in March. The film is currently available to stream on HBO Max.

The Batman explores a conflict on multiple fronts between Batman (Robert Pattinson), The Riddler (Paul Dano), The Penguin (Colin Farrell), and Catwoman (Zoe Kravitz). However, the film also goes to great lengths to lay the groundwork for other Gotham villains, including The Joker. In the theatrical cut of the film, Keoghan’s version of the character is briefly shown in Arkham as a prisoner with a cell sharing a wall with The Riddler. As the film closes out, the two are seen slowly developing a friendship that will seemingly be explored in future projects.

Very little is known about Keoghan’s Joker from his appearance in The Batman. However, Warner Bros. Entertainment recently released commentary from Reeves for the deleted scene between Joker and Batman – which didn’t make the theatrical cut but was released after the movie premiered. In the commentary, Reeves explains that this character is going to become The Joker and has had run-ins with Batman, but he is not the fully formed villain yet. Reeves explained:

I think for me, what I wanted to do, in trying to kind of launch a new Year 2 Gotham, was to have it be as if all of these characters that we know in Gotham sort of already exist. Here we have a version of this character who is not yet the Joker, but is going to become the Joker, and I wanted Batman to have had an experience with him that put him in Arkham. So, something happened in that first year, and they have a connection right from the beginning, and I wanted this version of the character to go all the way back to the original Bob Kane Bill Finger inspiration, which is Conrad Veidt in the silent film The Man Who Laughs.

The notion of Batman having some degree of a relationship with Joker before he fully transforms into The Joker is the traditional status quo in DC Comics, but it’s also not unprecedented. The Killing Joke shows Batman encountering Joker before his transformation, and The New 52 expands on that concept by hinting that The Joker was a member of The Red Hood Gang prior to his dip in the vat of chemicals. This version already has had his first run-in with Batman and has his horrific smile from birth, but later events are what will make him become the true Joker. As of right now, he is just an unknown prisoner that Batman apprehended in Year 1.

It arguably makes sense that Reeves would take The Joker in this direction, as other films have already explored the other origins. Tim Burton’s Batman gave audiences a traditional origin, while The Dark Knight opted for the mysterious route. In terms of backstory, Keoghan’s Joker from The Batman arguably has the most in common with Joaquin Phoenix’s version of the villain from Todd Philips’ Joker, as both were born with traits that would inform their transition into The Joker. With The Batman 2 now officially confirmed, it will only be a matter of time before more is revealed about Keoghan’s version of the Clown Prince of Crime.

Next: Why Was Robert Pattinson “Only” Paid $3 Million For The Batman?