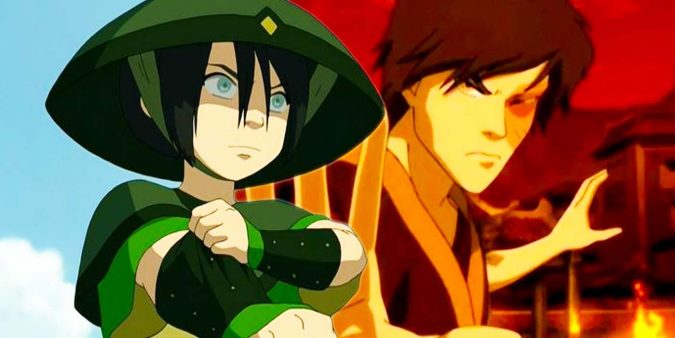 Avatar: The Last Airbender’s different forms of bending helped make the show iconic, and the work that went into them proves why that’s well-deserved.

In Avatar: The Last Airbender, the Air, Water, Earth, and Fire nations each had their own unique bending styles and variations on them, which were based on real-life martial arts. Tai Chi’s fluid movements and focus on controlling one’s energy formed the basis for waterbending while Hung Ga’s emphasis on external power and strong stances inspired earthbending. For the other bending, the Northern Shaolin’s reliance on dynamic footwork and aggressive extensions of the arms and legs inspired firebending and Baguazhang, which focuses on light, circular movements, laid the foundation for airbending.

Related: Avatar: Why Fire Is The Most Important Element For Netflix To Get Right

Giancarlo Volpe, who directed 19 of its episodes, explained at a recent panel that the show’s fight choreography was a big part of what made the series so unique at the time. To create the different bending styles, they filmed martial arts expert Sifu Kisu on digital cameras, and then animated what they saw. Volpe added, “We developed four different styles for every bending style, so we were very technically crazy on the show.” How the fight scenes in Avatar: The Last Airbender were shot makes these bending sequences even more impressive. Their dedication to faithfully rooting each style in actual martial arts already warrants praise, but the limitations they encountered in pulling off their vision makes the finished product even more noteworthy. Volpe explained that they had “no extra budget, so it was very strappy.” They had very little means with which to capture and recreate such vastly different martial arts styles, but these difficulties are not at all reflected in the quality of the Avatar: The Last Airbender series. The fact that they could pull it all off, and with as much success as they did, is very impressive.

Hopefully, Netflix’s live-action The Last Airbender series will devote similar attention to detail as the original. The announcement of a new live-action show has ignited a mixed response in viewers, many of whom can still recall the critical flop that was the franchise’s previous attempt at live-action. M. Night Shyamalan’s 2010 The Last Airbender movie failed for several reasons, including key changes that were made to the bending forms. The film’s action scenes were reduced to generic and forgettable movements, thus taking away from one of the most important aspects of the original series. Along with glossing over what made each bending style special, each character in The Last Airbender movie also dedicated an excessive amount of time just to start the bending process. Thankfully, the upcoming Netflix series has the chance to learn from these mistakes and double down on the unique beauty of each form of Chinese martial arts.

The process behind creating and animating Avatar: The Last Airbender’s demonstrates how much love and care went into the original series. The highly popular series dared to do something completely different from other children’s shows at the time, and part of its success derived from the creators’ dedication to worldbuilding with the smallest details that truly allowed audiences to feel immersed in the story. If Netflix’s live-action adaptation possesses even a quarter of that dedication, then it’s bound to be a great success.

Autumn Cejer is a Movie/TV Features Writer for Screen Rant. She has spent her life chatting about popular media to anyone who would listen, even appearing on conference panels to discuss her favorite (and least favorite) shows and movies. Autumn has a Master of Arts in English from Northern Michigan University, where she also taught superhero-themed composition courses. She spends her free time drinking coffee and trying to resist the urge to buy any new books before reading the many she already owns.