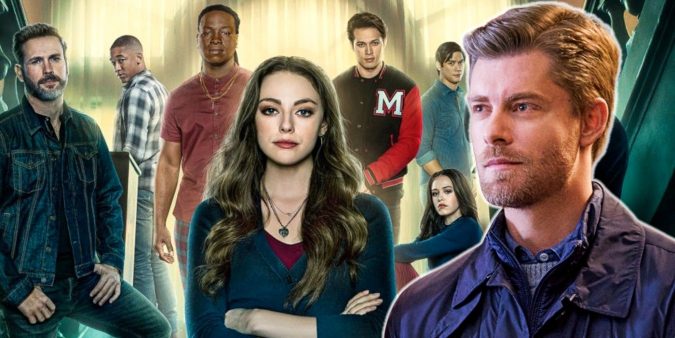 Luke Mitchell joins Legacies season 4 in a recurring role as a malevolent god named Ken who wants to replace Hope as the most powerful being.

Luke Mitchell is joining Legacies as a malevolent god named Ken. Created by Julie Plec, Legacies is a spinoff of Plec’s previous series, The Originals, and it includes characters from both The Originals and its predecessor, The Vampire Diaries. Legacies stars Danielle Rose Russell as Hope Mikaelson, a descendant of some of the most powerful witch, vampire, and werewolf bloodlines. She studies at the Salvatore School for the Young and Gifted to learn to control her abilities. The series also stars Matthew Davis as Alaric Saltzman, Aria Shahghasemi as Landon Kirby, Quincy Fouse as MG, and Jenny Boyd as Lizzie Saltzman. Legacies season 4, which premiered on The CW in October 2021, is currently airing.

Now, a new face will be joining the students at the Salvatore School for the Young and Gifted. Deadline reports that Luke Mitchell has been cast as a recurring character on Legacies, a malevolent god named Ken. Ken aims to take down Hope and replace her as the world’s most powerful supernatural being. Mitchell will make his first appearance as the god Ken on this Thursday’s upcoming episode.

Mitchell’s addition to Legacies marks his reunion with the series’ creator, Julie Plec. The two worked together previously on the CW sci-fi series, The Tomorrow People, which Plec co-developed. Although their previous time working together was short, Mitchell’s experience with that series and his role on Marvel’s Agents of SHIELD make him a great choice to join The CW’s supernatural teen drama. Viewers can catch the next episode of Legacies this Thursday, April 7.

Next: Legacies: Hope Has Become Even Worse Than Klaus (In Some Ways)

Molly Jae is a freelance writer based in the DFW area of Texas. She is a graduate of Arizona State University with a degree in Film and Media Studies. As a lifelong Marvel fangirl, she spends most of her time trying to convince others Iron Man was right.