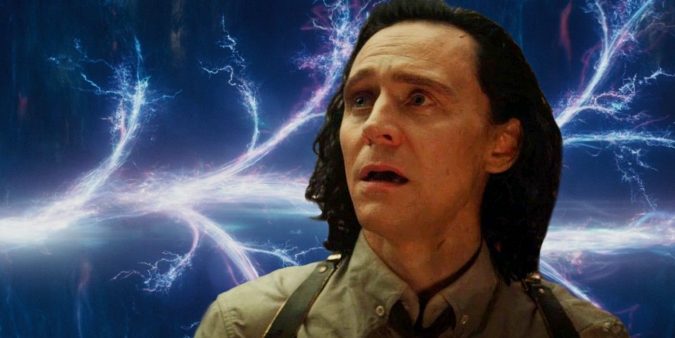 Loki season 1’s head writer Michael Waldron shares an update on season 2, teasing some exciting new changes to the show’s creative team. As Marvel continues to expand its growing collection of Disney+ series with projects like Moon Knight, Loki’s pole position as the most-watched premiere of any Marvel series on Disney+ remains unchanged. Last summer saw the hotly anticipated series hit the streaming service, following the enormous success of its predecessors WandaVision and The Falcon and the Winter Soldier. Recent news confirmed that Marvel is now hoping to secure a coveted Emmy nomination for the series.

The show saw beloved Marvel villain Loki return to screens after his unfortunate demise in Avengers: Infinity War, which was then followed by a brief appearance in the time travel sequence of Avengers: Endgame, setting up the events of the series. Loki followed the God of Mischief as he was captured by the Time Variance Authority which allowed a variety of new characters to be introduced to the MCU, including Owen Wilson’s Mobius and Sophia Di Martino’s Loki variant Sylvie. The season finale saw Loki and Sylvie come face to face with Jonathan Major’s Kang the Conqueror (referred to as He Who Remains in the show) as audiences witnessed the destruction of the MCU’s sacred timeline. The credits of this explosive final episode confirmed that Loki season 2 is happening and now Waldron has offered an update on some exciting developments.

In a recent interview with Digital Spy, Waldron, who also serves as a writer on Doctor Strange in the Multiverse of Madness, was asked whether the events of the Doctor Strange sequel will tie into the events of Loki season 2, prompting the writer to offer an exciting update. Waldron discussed the two new directors, Justin Benson and Aaron Moorhead, who have been brought on to Loki season 2’s production, calling them “brilliant” before sharing that Eric Martin will take over as head writer this time around. Waldron offered his praise to the creative team, before reiterating a particular tease that Hiddleston previously provided for Loki season 2. Check out Waldron’s full quote below.

Well, I mean, look, everything leads into everything, right? We’ve hired a couple of great directors. [Justin] Benson and [Aaron] Moorhead [Loki season 2 directors] are brilliant. And Eric Martin has taken over as head writer for season 2.

So the creative team is fantastic. As Tom [Hiddleston] once said, there’s plenty more mischief to come.

Having directed two episodes of Marvel’s most recent release Moon Knight, Benson and Moorhead will be taking over from season 1’s director Kate Herron, who previously expressed her excitement to watch Loki season 2 as a fan. Martin served as both a writer and producer on Loki season 1, now taking over as head writer. Waldron will not entirely move away from the project, however, as he is set to serve as executive producer. Few other details have been confirmed about Loki season 2, but Wilson stated back in February that filming was set to begin “pretty soon.”

With these exciting new additions to Loki’s creative team, audiences will likely be itching to get their hands on season 2 and see just where this new crew will take Loki’s story going forward. As with all of the Marvel shows, the events tie in within the wider MCU and so it will certainly be exciting to see which other upcoming projects will now inform the story of Loki as Phase 4 continues to explore the concept of the multiverse. As for now, many will be hoping it’s only a matter of time before production officially kicks off on Loki season 2.

90 Day Fiancé: Why Julia Is A Hypocrite For Selling Weight Loss Products