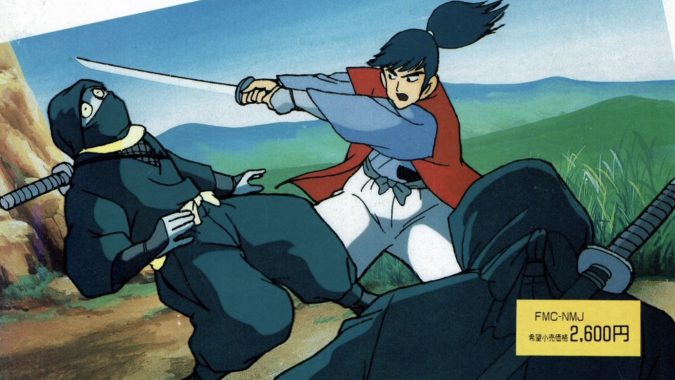 According to a recent post on Resetera, Bandai Namco is apparently working on a remaster or remake of an upcoming 3D action game for Nintendo. There’s already plenty of speculation as to what it might be — a Star Fox title seems plausible, given that Namco themselves developed Star Fox Assault on the GameCube. But some wide-eyed dreamers are allowing their imaginations to run wild the possibilities. One such dreamer is Fanbyte News Editor Imran Khan, who tweeted that he was hoping the game in question was a modern remake of Nazo no Murasame Jou, or The Mysterious Murasame Castle.

You could be forgiven for not recognizing the name The Mysterious Murasame Castle. The game was developed and published by Nintendo as the second original title for the Famicom Disk System, after The Legend of Zelda, and shares a number of similarities with that title. It’s a top-down action/adventure title with much more of a focus on combat than puzzle-solving, set in a world inspired by Edo-period Japan. The Mysterious Murasame Castle did get a release outside of Japan on the 3DS Virtual Console back in 2014, and Takamaru was at one time planned to be a playable character in Super Smash Bros., before being demoted to an Assist Trophy and Mii outfit due to his lack of familiarity outside of Japan.

Now, being on the FDS, The Mysterious Murasame Castle wasn’t a 3D game, so this may just be wishful thinking, but there’s never been a better time to remake a game like this. The character of Takamaru has a simple, appealing design, and he’s got some visual recognition from his cameos in the Smash games. Titles with settings inspired by Japanese history, like Sekiro and Ghost of Tsushima, have been hugely popular internationally over the past few years, and The Mysterious Murasame Castle fits right in with them — though it also features aliens, which set it apart from purely-historical or myth-driven games. Not to mention, the top-down action genre is huge right now. An updated remake of The Mysterious Murasame Castle, perhaps with some modern features like a dodge roll, could easily be a hit. With Nintendo committing to the direction of the open-world precedent set by Breath of the Wild, The Mysterious Murasame Castle could even step in to fill the shoes of more traditional Zelda games.

It wouldn’t be Takamaru’s first outing in polygonal form, either. In addition to his appearances in Smash and Nintendo Life, he appeared in an extra mode in the Wii release of Samurai Warriors 3. I mean, if Kid Icarus, the less-beloved sibling of the Metroid series can come back, why not Zelda’s little brother? Let Star Fox sleep. It is Takamaru’s time to shine.