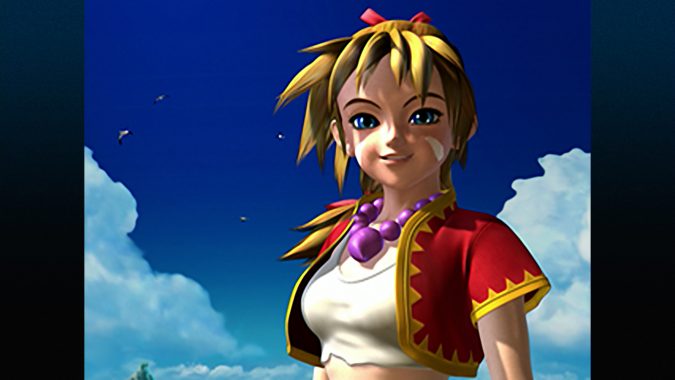 While it was merely a footnote to the Chrono Cross remaster’s announcement and reveal, perhaps its most notable feature is hosting the first official English translation of Radical Dreamers, a 1996 text-adventure that served as a companion piece to the inimitable Chrono Trigger. The game was only available as part of the SNES Satellaview service, which beamed game content over satellites to consoles in Japan and has been notoriously difficult to preserve to the point of impossibility in many scenarios, though translations of arguable accuracy have existed online for decades. Thus Radical Dreamers exists in this strange mythological ether, where people are largely not quite sure what to make of it or where it really belongs in the overall series ranking.

Now that I’ve played what can actually be called the English localization of Radical Dreamers, I realize that it’s an important piece of Chrono, uh, chronology that actually puts a new spin on Chrono Cross despite predating it. In an unintentional bit of thematic impact, playing Radical Dreamers in 2022 feels like traveling through time to learn some new information that benefits the future.

Masato Kato, the writer for Chrono Trigger, wrote Radical Dreamers to intentionally be a bit darker than the game it spawned from. Starring Serge, Kid, and a mysterious mage named Magil — all of whom make appearances later in Chrono Cross to varying levels of importance — the text-based adventure tells a short story of the three thieves breaking into a fort owned by the tyrannical Lynx. It makes passing references to things that happened in Chrono Trigger, but it’s far more interesting as a blueprint for what is about to happen in Chrono Cross.

While many of the roles of characters are the same in Radical Dreamers as they are in Cross, the former tells us where Kato’s head was at when he was first conceiving the story we got in the latter. Serge, who is a silent protagonist in Cross, cannot stop talking as the narrator of Radical Dreamers. He talks and talks and talks; he talks about his feelings for Kid, his mistrust of Magil, his fear of Lynx as a myth and as a person, his worries that he’s not nearly as useful as a world-famous thief or weirdly powerful wizard — he just does not shut up. It’s fascinating to get a look into the head of what ostensibly becomes the main character of his own game a few years later, whose only reaction to finding out he has died in a parallel universe is backing up and shaking his head.

While Kid remains more or less the same in backstory, personality, and even design, it’s actually Magil who makes the biggest impression on the game. Those who have played both Chrono Trigger and Chrono Cross will remember being suspicious of Guile, a masked magician who moved a lot like Trigger’s Magus but didn’t seem to really have any story relevance you would think Magus would command. Guile, unfortunately, is only a passing reference to Magil, who himself is the direct line to Chrono Trigger that fans wanted from Cross. Knowing who he is from moment one in Radical Dreamers made each terse word or minor somber mention of an ancient kingdom of magic a bit more interesting. His pursuit of the Frozen Flame, so single-minded that he’d team with a teenage thief and a chatty idiot to get it, almost feels like a sad coda to his pursuits in Trigger, knowing that he’s never fully able to get his revenge and have his family back together at the same time.

I don’t know that I’d say Radical Dreamers is worth the price of admission in this new remaster, but it’s absolutely worth checking out if you’re already bought-in. There’s something interesting to poke at and explore here. More than all that, it’s also this weird little article of history. Reportedly, Kato was against including the original release of Radical Dreamers as part of the PS1 port of Chrono Trigger because he didn’t believe it was up to snuff.

He expanded the ideas out to Chrono Cross years later, but playing Radical Dreamers both proves and disproves Kato’s point. As a weird epilogue to Chrono Trigger, Radical Dreamers feels absolutely alien and neither similar enough to warrant association nor separated enough to stand on its own two feet. As an interstitial chapter between two released games, it’s a curiosity that deserves to be played by Chrono fans eager to see one possible path this universe could go.

In a series that not only utilizes time travel and dimension-hopping, but also outright flaunts it, what more could we ask for than a little more insight into what could have been?