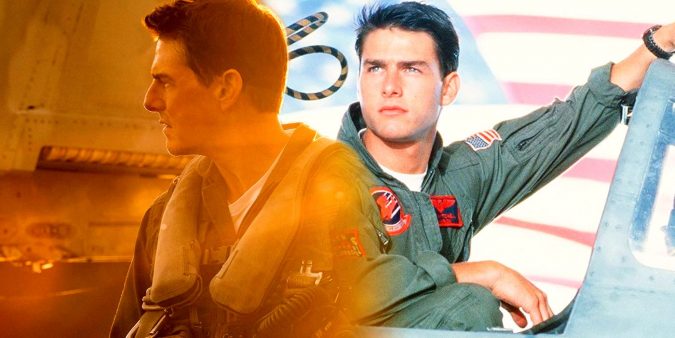 Top Gun: Maverick producer Jerry Bruckheimer reveals that Ridley Scott has seen the upcoming sequel and likes it, approving of how it pays tribute to Tony Scott, the director of the original movie. First released in 1986, Top Gun introduced audiences to Tom Cruise’s hotshot pilot, Maverick, and chronicled the character’s time at the Top Gun Naval Fighter Weapons School. The movie, which was directed by Ridley Scott’s brother, Tony, was a hit with audiences and earned over $357 million at the box office.

Scott, who was also known for films like True Romance, Enemy of the State, Man on Fire, and Unstoppable, tragically died by suicide in 2012, complicating plans for the Top Gun sequel that he had been attached to. The sequel, Top Gun: Maverick, ultimately found a new director in Joseph Kosinski, best known for films like TRON: Legacy, Oblivion, and Only the Brave. The upcoming sequel sees the return of Cruise’s Maverick, who takes on a teaching role this time around training a new batch of Top Gun pilots for a dangerous assignment.

In a new interview with Empire, Bruckheimer, who also produced the original 1986 Top Gun, reveals that Ridley has seen the upcoming sequel and likes it. Bruckheimer explains that Ridley was given an advanced screening of Top Gun: Maverick and praised the way the film honored his brother. According to Bruckheimer, paying tribute to the late Scott was important to everyone involved in the film, especially Cruise. Check out Bruckheimer’s full comment below:

“One of the most heartwarming things I experienced is when we showed the movie to Tony’s brother, Ridley. He was laudatory in his praise for the film, and the kind of care that Tom took to honor Tony throughout the movie. That was foremost in everybody’s mind.”

Bruckheimer doesn’t reveal exactly how the upcoming sequel pays tribute to Scott, but it is a positive sign that Ridley, one of the most revered filmmakers of his generation, seems to have enjoyed the film. Tony Scott’s movies always had a distinct visual style and energy, and it’s possible that this same flare will be in Top Gun: Maverick. It seems likely that Scott will also receive some recognition in the movie’s credits, such as a special thanks, or potentially a title card acknowledging that Top Gun sequel is dedicated to him.

Initial trailers for Top Gun: Maverick suggest that the sequel is upping the ante on a lot of aspects of the original, particularly the groundbreaking aerial combat sequences, while still keeping a similar tone. It remains to be seen how exactly the sequel will honor Scott, but Bruckheimer’s comments are sure to please longtime fans of the original, who want the film to honor what came before it while also breaking new ground. Audiences don’t have long before they can find out for themselves why Ridley Scott enjoyed the film or how Top Gun: Maverick pays tribute to the late Scott, with a release date currently set for May 27.

Ryan Northrup is a freelance writer for Screen Rant and a lover of all things film. Whether it’s the latest Marvel release, the hottest new Netflix series, or a smaller indie film, Ryan just loves storytelling – and writing about it! Much like School of Rock’s Dewey Finn believes “one good rock show can change the world,” Ryan believes that a good story can do just the same.

A graduate of Vancouver Film School’s Screenwriting Program, Ryan doesn’t just like to write about movies and TV, he likes to write his own! Ryan is currently working with a Canadian producer to bring an original feature to life.