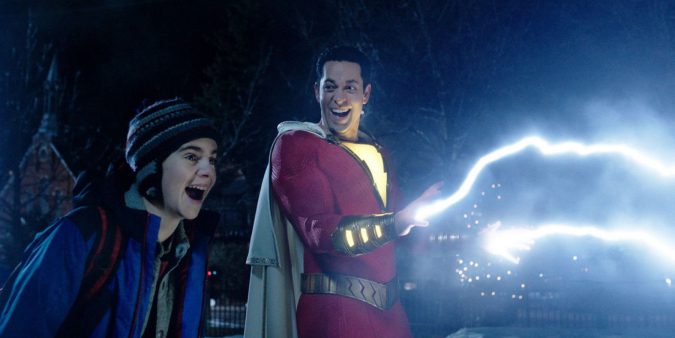 During an Instagram Q&A, Shazam! Fury of the Gods director David F. Sandberg shares what he is most excited about within the upcoming DCEU sequel.

Shazam! Fury of the Gods director David F. Sandberg reveals what he is most excited about within the upcoming DCEU sequel. Back in 2019, Shazam! became a box office hit as it saw Asher Angel take on the role of Billy Batson, a young boy who is granted the power to transform into the superhero Shazam (played by Zachary Levi) by simply saying the name aloud. Many were therefore delighted when it was later announced that the unique DC installment would be getting the sequel treatment, with Sandberg set to return to helm the project once again.

Shazam! Fury of the Gods will see the return of a number of the first film’s principal cast, including both Angel and Levi. Jack Dylan Grazer, Grace Fulton, Meagan Good, Ross Butler, and Adam Brody are all set to return, alongside three very exciting new additions. Helen Mirren and Lucy Liu will star as Hespera and Kalypso, two of the daughters of Atlas, who are set to lead as Shazam’s villainous counterparts. West Side Story’s Rachel Zegler was also cast in a role that, until recently, remained shrouded in mystery, before the star herself confirmed that she would be playing both Mirren and Liu’s younger sister.

Related: How Powerful Is The Rock’s Black Adam Compared To Superman & Shazam?

Now, with the film currently in post-production, Sandberg has revealed what he is most excited about with the upcoming sequel. Taking to Instagram to host a short Q&A session on his story, Sandberg shared a sweet polaroid from the set of Shazam! Fury of the Gods responding to the question by sharing that he is excited for a lot of the film’s visuals. Sandberg shared that there is “some really cool stuff” in the film that has been created by “some of the top VFX vendors in the world.” Check out Sandberg’s post below.

The hotly anticipated sequel officially wrapped last summer but was not set to hit theatres until well into 2023. However, due to a recent scheduling change that saw a number of DCEU titles reshuffled, many were delighted at the news that Shazam! Fury of the Gods will now release in theaters later this year. Having taking over Aquaman 2’s original Christmas release slot, the Jason Momoa-led project is now set for a March 2023 release. Very few details have been released regarding Shazam! Fury of the Gods, with this secrecy expected to continue until much closer to the film’s official debut.

Sandberg’s comments are likely to fuel the anticipation that already surrounds the sequel, as it certainly offers audiences a tease of what’s to come. Given that superhero films often have to heavily rely on visual effects due to the imaginative nature of their stories, it’s fair to say that the standard of the VFX can oftentimes make or break a film of such calibre. Therefore, it’s certainly exciting to hear that Sandberg has been working with some incredibly talented artists of great renown. Audiences have a little while to go until they get to see what Shazam! Fury of the Gods has in store, as the sequel will hit theatres on December 16.

Next: Shazam 2’s DCEU Cameo Rumor Is Better Than Another Superman Appearance