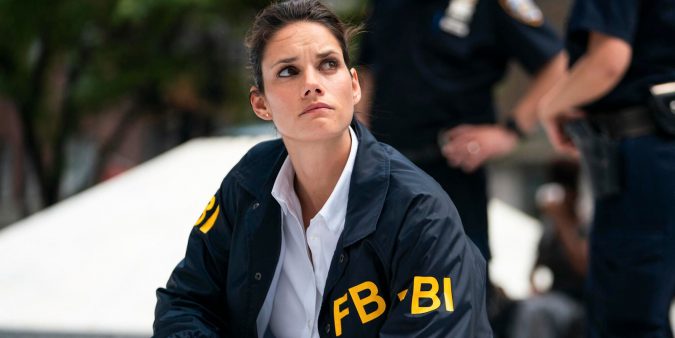 FBI showrunner Rick Eid reassures fans that Missy Peregrym’s Special Agent Maggie Bell will be returning if the show is renewed for season 5.

The showrunner of CBS’s FBI confirms that star Missy Peregrym will return if the series is renewed for season 5. The series, which was created by Dick Wolf and Craig Turk, premiered on September 25, 2018, and is currently airing season 4. FBI, which stars Peregrym, Zeeko Zaki, Jeremy Sisto, Ebonée Noel, Sela Ward, Alana de la Garza, John Boyd, and Katherine Renee Turner, follows a New York-based FBI unit and the various cases they investigate. The success of the series, which is a traditional Dick Wolf procedural in every possible way, has also led to the creation of a spinoff series titled FBI: International, which premiered in 2021.

One of the lead characters of FBI is Peregrym’s Special Agent Maggie Bell, who just found herself in a spot of trouble. Season 4, episode 18, “Fear Nothing,” which just aired on April 19, saw her and OA Zidan tracking down terrorist Hakeen Abbas. She managed to take down Abbas, but not before he could release deadly sarin gas, triggering the emergency doors, which sealed her into the room. She was rescued after some difficulty and hospitalized. While doctors reassured OA that she is on the road to a full recovery, it will most likely be a long and difficult one.

Related: What Is Dick Wolf’s Net Worth?

FBI showrunner Rick Eid sat down with TVLine to discuss the shocking developments for Missy’s character and reassure fans that she will be back. However, she will not be appearing in the remaining four episodes of the season. The reason for this is that Peregrym is now on maternity leave, necessitating that her character be sidelined for a substantial chunk of time. Eid says that they have every intention of bringing Maggie back, though the events of this episode may leave physical and emotional scars that “may affect how she sees the world and how she handles cases.” Read the full quote below:

The reality is that [Maggie’s recovery] is a journey, it’s going to be a while. When she does come back, whenever that is, she’ll probably for the most part be the same ol’ Maggie, but she did go through something pretty traumatic. There are not only physical injuries but maybe some emotional ones, and that may affect how she sees the world and how she handles cases.

This kind of plot development designed to accommodate an actor on maternity leave is relatively common on television. One notable example is How I Met Your Mother season 4, which wrote in Alyson Hannigan’s maternity leave by having her character Lily be so offended by a joke her friend Barney (Neil Patrick Harris) made that she refuses to hang out with the gang for several weeks. However, one wrinkle is the fact that FBI has not been officially renewed for season 5, so if they get canceled, Maggie will not be present for the series finale.

It would certainly be disappointing for FBI fans to be left in the lurch with the character should the show not come back. The show isn’t necessarily in peril, however. Typically, CBS has announced season renewals for this particular series sometime between March and May, so there is still time for them to renew within their expected window.

Next: New Girl: Why Zooey Deschanel’s Jess Left In Season 5

Brennan (he/him) is a senior writer at Screen Rant and a millennial who knows more about 80’s slasher films than he has any right to. A former host of the Attack of the Queerwolf podcast, Brennan has been writing and podcasting about pop culture (especially horror films) for a decade.

Brennan’s interests also include the Muppets, bubblegum pop from around the world, and reading (especially Jane Austen, Agatha Christie, the manga of Junji Ito, and novels of magical realism). His favorite film directors are Wes Craven and Pedro Almodóvar.