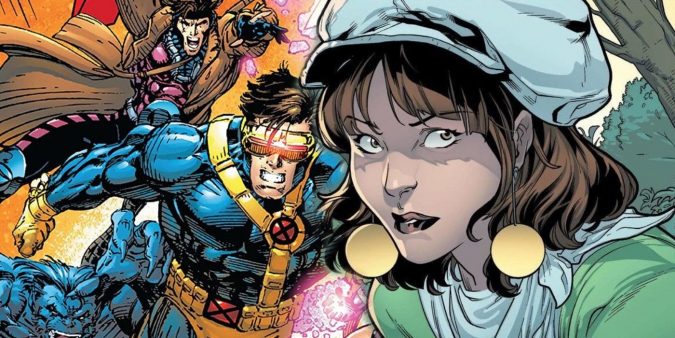 A long-time human ally of the X-Men was once infected with a virus that only impacted mutants, which revealed the X-Men’s biggest twist decades early.

The latest huge twist within X-Men lore was a massive reveal to fans when it was first added to Marvel Comics’ established continuity, but really it shouldn’t have been. During one of the X-Men’s ‘90s adventures, the team was investigating a new virus that was only deadly to mutants, with the one exception being a long-time human ally of the X-Men who contracted it. With this one plot point that was hinted at decades ago, the biggest twist in X-Men history should not have surprised anyone.

In House of X #2 by Jonathan Hickman and Pepe Larraz, it is revealed that Moira MacTaggert is a mutant whose power is that of reincarnation with the added benefit of retaining all of her memories from her previous lives. Plus, every time she restarts her life, the entire timeline restarts as well, giving her the ability to correct any mistake that she, or in fact humanity, may have made in any one of Moira’s past lives.

Related: How The Most Secretive Member of The X-Men Faked Her Own Death

While this was a game changer for X-Men fans, the fact that Moira was a mutant was hinted at decades ago when the Legacy Virus was released by the villainous mutant clone Stryfe. The deadly virus only impacted mutants, but when Moira MacTaggert was working on a cure, she was infected with it as well. The X-Men took Moira’s infection as a sign that the virus was mutating and that it would soon spread across the world, leaving all of mutant and humankind at risk. A cure was found before any other human was infected, but after knowing that Moira was a mutant the whole time, it seems humanity was never in any danger after all.

Moira’s secret was so well kept that her being infected by the Legacy Virus impacted the plots of villains outside of the X-Men’s normal rogues gallery. In X-Men #63 by Scott Lobdell and Carlos Pacheco, it is revealed that the Kingpin became the CEO of Fujikawa Enterprises and took control over the Elixir Vitae, a substance that was being refined to create a vaccine for the Legacy Virus. The Kingpin was only interested in pursuing this because Moira, a ‘human,’ was infected with the virus and he stood to make an unseemly amount of money as the sole manufacturer of the vaccine. If Moira had come clean about the fact that she was actually a mutant, the Kingpin wouldn’t have cared about making a vaccine for just mutants and the X-Men would potentially have been able to get what they needed to make their own vaccine much sooner.

Even though Moira was canonically a human at that time, the fact that she was impacted by the Legacy Virus was a huge red flag that she was actually a mutant. Because of this one plot point that wasn’t further explored after the Legacy Virus was eradicated–aside from the explanation that Moira used the Legacy Virus to fake her death, as revealed in X of Swords Handbook–the X-Men’s latest huge twist wasn’t all that surprising to those skeptical of Moira’s human status after she contracted the virus, something that was cleared up decades later with the reveal that Moira MacTaggert was a mutant all along.

Next: Why X-Men Named Its Biggest Villain After Another Word for ‘Idiot’