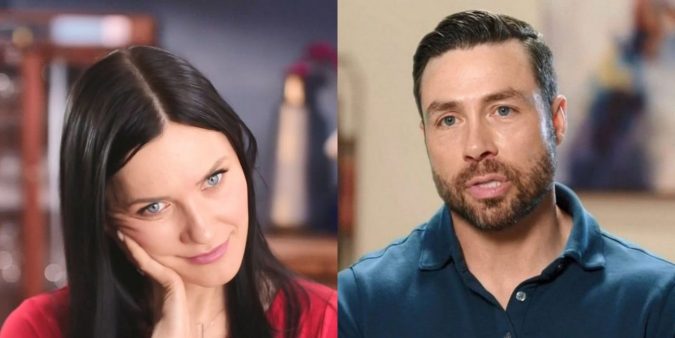 After Geoffrey Paschel’s sentencing, Varya Malina gets unsolicited advice from a critic. The 90 Day Fiancé star hits back with a fitting response.

Former 90 Day Fiancé cast member Varya Malina recently hit back at a critic who asked her to settle down and have kids. Viewers may know the 33-year-old reality star from her appearance on 90 Day Fiancé: Before the 90 Days season 4 with Geoffrey Paschel. The couple got engaged on the show and was planning to get married. But their plans were derailed in 2021 when Geoffrey was found guilty of assaulting his ex-lover. His crimes sent him to prison for 18 years, and Varya is now taking care of his responsibilities. Since she didn’t have Geoffrey by her side this Valentine’s Day, she spent it talking about self-care and self-love.

Still, the pain of losing a partner for almost two decades has left Varya struggling with stress. Fortunately, she is now making healthy changes in her life to cope with that stress as well as criticism on social media. In February, the 90 Day Fiancé cast member shared a video about all the things she is doing while trying to deal with the tension. She revealed that the main thing that helped her was counseling. In addition, Varya is trying to do outdoor activities, babysitting, meditation, and some self-care to keep herself busy.

While Varya is trying to sort out her life after Geoffrey’s arrest, some critics have been giving her unsolicited advice. She shared a screenshot of one of the messages she received on her Instagram. The message read, “Varya find a good man, settle down an have a couple of kids before it’s too late!” The person also told the 90 Day Fiancé alum that life would pass by her and she will be all alone in the end. Varya didn’t ignore the message and reacted to it. She replied, “Why is there a stigma that all women want to have a husband and kids?” Varya doubled down by questioning the critic if “loneliness” should be the motive for starting a family, suggesting that it should not be.

The Russian native’s upfront nature is one reason why she has garnered such great fame after appearing on the show. While some social media users criticize Varya for her controversial choices, others show her their love by making nice gestures. A few weeks ago, she took to her Instagram to show what a 90 Day Fiancé fan had gifted her for her birthday. Varya received a box of AirPods Pro, skating gear, and branded roller skates. She claimed that she had not yet met the fan due to COVID 19-related restrictions but was happy to receive her much-awaited package.

Varya’s reply to the critic sounds reasonable. After all, it is nobody’s business what she does with her life, and whether she should marry someone just because she is getting older. A big reason so many 90 Day Fiancé viewers still follow Varya on her social media is her bubbly yet sensible attitude. Unlike some other 90 Day Fiancé reality stars, she isn’t eager to get married or start a family. Varya’s interest has always been in doing influential things and living her life with joy, and most of the 90 Day Fiancé fans find her zeal quite inspiring.

Next: 90 Day Fiancé: What Happens To Varya Malina After Geoffrey’s Sentence

What Memphis Is Up To After 90 Day Fiancé: Before The 90 Days

Neha Nathani is a Reality TV writer at Screen Rant, and she loves it! She has always been passionate about telling and writing stories. But when she isn’t writing, she plays with her cats or tries some new dance moves.