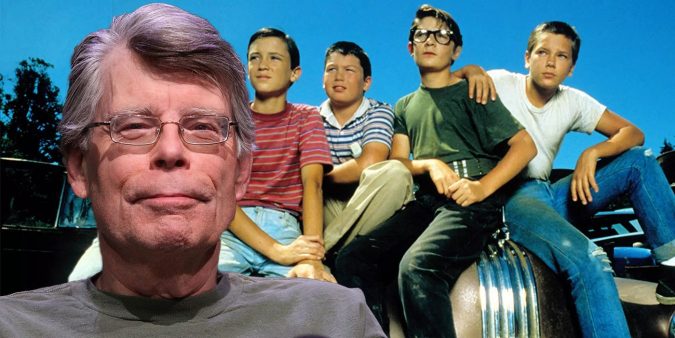 There’s reason to believe that a plot point in Stand by Me (aka The Body) may have been inspired by a traumatic event from Stephen King’s childhood.

There’s reason to believe that Stand by Me (a.k.a. The Body) may have been inspired by a traumatic event from Stephen King’s childhood. King is of course best known for his horror tales, which comprise the bulk of his work. However, King is by no means only adept at writing within the horror genre. On the few occasions he’s stepped out of it, King has proven that his way with storytelling adapts just as well to any other form.

While movies like The Shining and IT are no doubt beloved, many of King’s most acclaimed movie adaptations are of his non-horror work, with director Rob Reiner’s 1986 film Stand by Me among that lot. A coming of age story centered on a group of four young friends who decide to go on a quest to see a real dead body, Stand by Me captures much of what makes King great: his knack for tuning into the magic of close childhood friendships, his portrayal of the ups and downs of small-town life, and a sense of nostalgia and sentimentality that usually manages not to be overly saccharine.

Related: Every Stephen King Book & Story That’s Been His Favorite (& Why)

King has made no secret of his love for Stand by Me, at one time calling it the best adaptation of his work ever made. Whether that still stands is unclear, however, but the film is still an especially significant King adaptation. As it turns out, much of Stand by Me is based on true events from the author’s life.

The Stephen King book The Body, which Stand by Me is based on, was inspired by various memories from King’s childhood. That’s not in dispute, and is evidenced by main character Gordie Lachance already being a blossoming writer at a young age, much like King was. Likewise, King was famously so touched when he first saw Stand by Me that he was visibly shaken. According to Stand by Me’s director, Rob Reiner, King’s response to the film was “[Y]ou’ve really captured my story. It is autobiographical. All that was made up was the device of the hunt for the body.” In King’s own words then, Stand by Me is based on his own life. And in fact, even the inciting plot point of a child getting hit and killed by a train may have been inspired by a real-life tragedy King witnessed, too.

As recalled by Stephen King, when he was 4-years-old, he went off to play at a friend’s house, who lived near railroad tracks. An hour later, King returned looking a pale white, and was unable to speak for the rest of the day. King’s mother then found out that his young friend had been hit by a train while playing on the tracks, and killed. While many have tried to suggest witnessing this horrific event is what unlocked King’s macabre fictional sensibilities, he’s steadfastly denied that claim, saying that he doesn’t even remember seeing the other child die, just being told about it later.

Regardless of that, what remains unclear is whether the death of King’s friend by train directly inspired him to write the train subplot in The Body or whether it was just an disconnected thought. For their part, many Stephen King fans believe the inspiration makes sense, and it’s become accepted lore, but King has yet to officially confirm or deny it. Of course, there’s always the possibility it inspired him on an unconscious level.

Related: How The Twilight Zone Movie’s Tragedy Impacted Stand By Me

The Shining Was Also Based On Real Events, And King Famously Hated It

One of the most famous Stephen King adaptations is Stanley Kubrick’s The Shining, and it’s also based on one of King’s real experiences. The Overlook Hotel and its medley of supernatural horrors are inspired by King’s stay at the Stanley Hotel in Colorado when he and his wife were the only guests in the whole building. The eerieness of wandering the hotel’s long corridors alone, rumors that one of the rooms was haunted, and even a possible ghost sighting all led King to pen his novel The Shining. Kubrick’s film version, though, is drastically different, and unlike his response to Stand by Me, King famously hates The Shining because of the liberties taken by Kubrick – despite its acclaim.

More: The Shining: The True Story & Real-Life Hotel Behind The Movie

Doctor Strange’s Tragic Family History Explained (& Why It Was Cut)