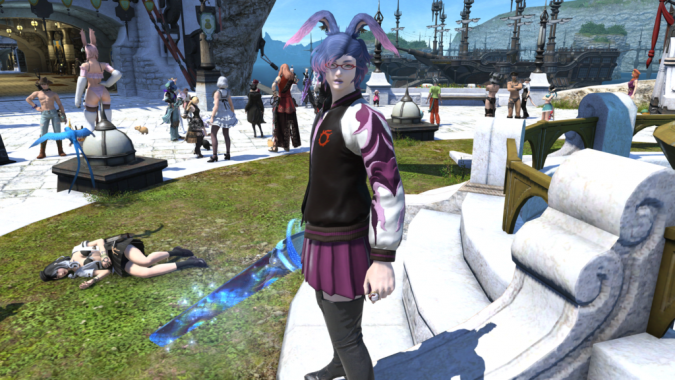 In Final Fantasy XIV, “cannot execute at this time” is a familiar phrase to most players. That doesn’t make it a very helpful one. The error message shows up for a variety of reasons in-game — some more common than others. That means there’s not really one, perfect answer to the question “What does cannot execute at this time” mean in Final Fantasy XIV? But we can do our best to provide a list of common causes and solutions. Particularly for the most obvious ones of the bunch.

Generally speaking, “cannot execute at this time” seems to be a fallback message. It encompasses a wide variety of issues that, at the end of the day, mean exactly what the error states: You can’t do something for some reason. But by far the most common causes of this message (at least that we’ve seen) are the three Ms: Materia, Macros, and Mounts. Each of these has their own causes, so we’ll go through them one by one in their own sections below.

Materia (and Other Items)

This is a particular case where the “cannot execute at this time” error is often surprisingly literal. Let’s say you extract, meld, or remove a particular piece of Materia from an item. You might not always think about it, since part of the process can be obscured by your equipment menu, but a short animation plays each time you do so. This is itself connected to a tiny timer. Most actions in FFXIV have such an associated timer — even if it’s not directly displayed onscreen like cooldowns for combat skills.

This is why most macros (i.e. preprogrammed series of actions set up by the player) include the command to “wait” for a fraction of a section after actions. Attempting to do something before such an invisible timer ends usually results in failure. And, in this case, the “cannot execute at this time” error. The same happens during any similar, locked animation. Such as if you try to interact with an item or perform an action while your character puts their pickaxe away after mining.

The most annoying issue is when the animation doesn’t match the invisible timer. The hidden cooldown exists to prevent glitches and possible exploits when sending commands from the client (you) to the FFXIV server. Since this is an internet problem, your connection and even the current health of the FFXIV servers can affect the exact waiting period. Weaker internet connections — from either you or FFXIV — functionally “extend” the invisible timer. Even though the animation remains the same. That’s obviously annoying. Especially since FFXIV doesn’t always queue delay the action correctly. Instead, it cancels your attempt altogether, while explaining it away with our less-than-helpful text. The same goes for a number of different in-game actions with animation times. Though the concept is identical.

Confusing or not, this isn’t a huge issue with Materia. If you get the error message while extracting, retrieving, or inserting Materia… just try again. It should work the second time. It’s not the result of some missing stats, gear, or skill in the game. It’s literally just a minor server hiccup. The number of seconds it takes to simply hit retrieve, meld, or extract a second time should be more than long enough to let the process go through smoothly on your follow-up attempt. If it happens again, just try again, and keep doing so until it works. Though if it occurs frequently this probably means there are larger connection issues at play…

As explained above, this is often a server issue. Though it’s a lot more annoying with macros. Server lag can completely screw up crafting macros by breaking the usual sequence. The only real solution to this problem is, unfortunately, to keep one eye on your craft and finish it manually if the macro is interrupted. This won’t be too difficult for most expert crafters. It’s just an extra bit of tedium when creating items en masse.

The problem runs a bit deeper with macros, however. Usually and specifically referring to crafting macros. “Cannot execute at this time” also plays when conditional skills fail to trigger. That means Precise Touch, Tricks of the Trade, and Intensive Synthesis. All of which can be added to crafting macros to check for lucky instances of “Good” or “Excellent” conditions. If any of these skills cannot be used (because the condition of the craft isn’t Good or Excellent), FFXIV with throw the “cannot execute at this time” error — before moving on to the next part of the macro. No harm done!

This may be totally expected and normal but it’s also just, y’know, annoying… The error noise and invisible wait timers trigger whenever your macro tries to use the conditional skill and can’t. Which is most of the time. This is part of why the best crafting macros don’t involve these skills at all. It’s usually better to have a perfect sequence of skills that simply works every time, instead of relying on conditional skills. Expert Recipes are the major exception, of course. You nearly always need to rely on their unique conditions (Good, Sturdy, Centered, and Pliant) to craft properly. But these recipes are so unpredictable, and their margins for error so low, that it’s impossible to make reliable macros for them anyway. You really need to craft Expert Recipes manually.

Last but not least, a “cannot execute at this time” message may indicate an improperly programmed macro. Normally this means not enough time has been added to the “wait” command after a specific skill. Different skills require longer and shorter wait periods. Usually that’s either <wait.2> or <wait.3> for crafting. It depends on the animation time. You always want the shortest wait time possible, to speed up each macro, but adding too short of a delay can break the sequence. This triggers the “cannot execute at this time” error and forces you to finish the craft manually.

This message is also unaffected by the /macroerror command — which normally toggles macro error messages on and off. Thankfully, you can remove the “cannot execute at this time” error altogether. It’s just a setting in the Character Configuration menu. Simply check your Log Window Settings (the bottom option in the Character Configuration menu) and uncheck “Display error messages when actions fail.” Just know that this will disable the error message everywhere. It won’t just affect your macros.

Another option, at least for shorter macros, is to include “/actionerror off” at the start. This takes up one of the limited number of commands in your macro, but it disables those pesky error messages if they’re really bothering you.

Here’s a simple one after those long explanations. New players often run into an issue where they can’t summon their Chocobo after the quest that awards one as a mount. This is usually due to a strange quirk of FFXIV. Mounts (as well as gestures, minions, and certain other unlockable cosmetics) exist as items in your inventory. At least at first.

In the case of mounts, this usually means a particular whistle or horn. Using the item permanently unlocks that mount in your character’s collection. It does not unlock the different Chocobo commands found in your Companion menu. These abilities — like “Mount/Dismount” and “Summon” — won’t work until you have said companion unlocked. That means using the Chocobo Whistle item before you mount. You only need to do it once, since it’s a consumable item that simply flags your character as having a Chocobo, but you do need to do it.

Stabling your Chocobo can cause a similar issue, but if you’re at that stage in the game, you should probably know that already. Basically: you don’t technically unlock your Chocobo until you use that Chocobo Whistle consumable from your inventory.

We’re mostly including this section for posterity. Certain quests and activities will very occasionally lock you out of performing certain actions for a time. You usually can’t sprint while holding a box, for example, during any side quest where your character needs to visibly cart something around. These restrictions are usually very obvious (like the previous example). Oftentimes you even get a debuff onscreen that explains the limitation. But it’s technically a cause of the “cannot execute at this time” message, so we’ve included it to be thorough.

Obvious or not, common or rare, we hope this guide helped you solve at least one small FFXIV mystery for you! If you have any other common causes of the “cannot execute at this time” message, make sure to include it in the comments below, and we’ll try to include an explanation for the error if we can find the cause. Otherwise please take care and have fun!