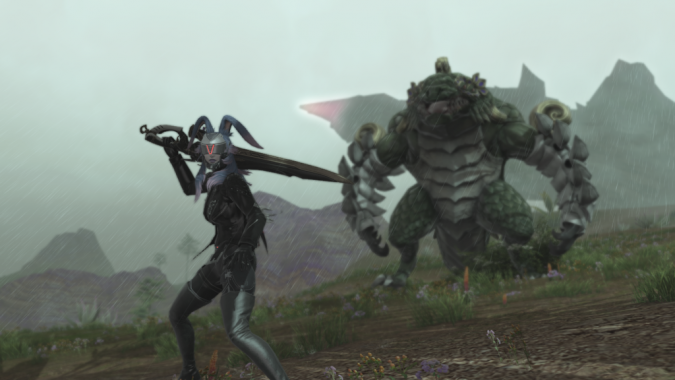 The FFXIV Forlorn Maiden, and its less common counterpart the Forlorn, are essential parts of FATE grinding. These special monsters spawn during specific FATEs found throughout the world. But what do they actually do? Just as importantly: how do you spawn the Forlorn or a Forlorn Maiden? We’re going to break down the specific in yet another Final Fantasy guide!

Note: Before moving on, new players should know that a FATE (which stands for “Full Active Time Events”) is any one of those timed public quests that occurs within combat regions of FFXIV. They’re typically denoted by those pink-and-gold hexagons shown on your map. Though there are also special versions of FATEs scattered throughout the game as well, such as those in the Firmament and the Gold Saucer. Forlorn Maidens and their Twist of Fate buffs only apply to the normal, combat-focused events. They also don’t come into play until you reach Level 60 on any combat job in the game. If you’re just starting out in FFXIV, the following information isn’t going to be a big help for some time. Just know that in advance! Now let’s get into the meat of it.

Simply put, Forlorn Maidens provide an XP bonus. Specifically a 50 percent XP bonus to the next FATE you complete after slaying the Forlorn Maiden. This doesn’t affect the XP you get from killing monsters within a FATE, mind you. It just bumps up the lump sum of XP you get at the end of the (once again, just to be clear) next FATE. It’s not enough for a Forlorn Maiden to simply appear, either. You or another participant need to kill her before the public event ends. This can be a little tricky, since Forlorn Maidens tend to spawn at the end of FATEs, and sometimes scripted NPCs or Chocobo companions can finish the mini-quest before you slay the crystalline creature.

Besides checking for the enemy itself, you can keep an eye out for the message “The smell of death has drawn a Forlorn Maiden to the battlefield!” This doesn’t even require you to play a FATE where you actually kill anything, funnily enough, as FFXIV players have previously pointed out to each other. But it’s certainly a flavorful warning system.

In FFXIV, the Forlorn functions almost exactly as the Forlorn Maiden. It’s just a stronger version of the same monster that provides a bigger buff. Killing a Forlorn will grant a whopping 250 percent bonus XP to your next FATE. That’s quite hefty. Especially since it does indeed stack with the bonus already provided by specially marked FATEs in the overworld (the ones with those golden honeycomb symbols on their map icons). Certain FATEs also grant a great deal more XP naturally — like any of the “boss” FATEs that feature one extremely powerful enemy that must be faced as a group. This makes the 50 or 250 percent bonus more lucrative as well.

Naturally, it’s best to pair the Forlorn and Forlorn Maiden boost (called Twist of Fate) with one such already-extra-profitable FATE. You don’t need to do this right away, either. The buff has no time limit! It does, however, automatically disappear if you leave the zone or log out. That means you must beat a Forlorn or Forlorn Maiden and use your Twist of Fate in the same region! Otherwise you lose out on the bonus XP altogether.

As for how to spawn a Forlorn and/or Forlorn Maiden… Sadly, it seems entirely random. But the chances are decent if you check the right zones. The special foes only appear in FATEs starting with FFXIV 4.0 content and above. That means Stormblood, Shadowbringers, and Endwalker regions all feature some small chance to summon a Forlorn Maiden. The Forlorn also seems to be random, but it’s tremendously rare compared to its counterpart. You can do nothing but FATE grind for weeks and never see one.

You’ll also never see one if you don’t know where to look. I assume most players probably know which zones are tied to which expansion — and thus where to find Forlorn Maidens or the Forlorn itself — but here’s a list of all the relevant regions regardless. As mentioned above, these zones are only accessible at Level 60 and above with any combat class.

*These zones get special mention because they are especially lucrative to FATE farm for one reason: Bicolor Gemstones. Besides the extra XP from the Forlorn and Forlorn Maidens, these FFXIV regions also award a unique currency (the aforementioned Bicolor Gemstones). You can hold up to 1,000 units of this special currency at any one time. Meanwhile, completing a FATE in Shadowbringers or Endwalker regions will usually earn you 12 gems. You can turn these in for all kinds of things — from crafting materials to the extremely valuable Bicolor Gemstone Voucher.

FATE grinding in Stormblood is still a solid (if boring) way to earn XP, but if you’re really looking to make the most out of your FATE experience, focus on these locales. Forlorn Maidens and Bicolor Gemstones make them quite an underrated method to power your way through the game. Some of the crafting materials (like hides and milk) alone can be quite valuable since Bicolor Gemstones are the only way to reliably acquire them (i.e. without relying on random drop chances). It’s all about killing Forlorn Maidens and the Forlorn for XP, and using Bicolor Gemstones to purchase items to sell for Gil. Simple!

And that’s it for our guide to the Forlorn, Forlorn Maiden, and Twist of Fate in FFXIV! Best of luck leveling up those alts.