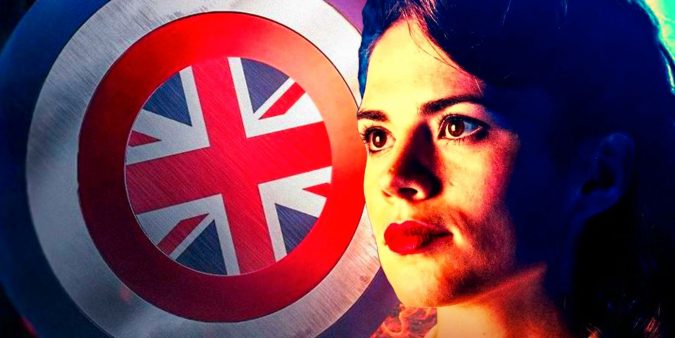 Hayley Atwell’s Captain Carter appears to be in Doctor Strange 2. How does this connect to Marvel’s What If…? and what does it mean for the story?

Doctor Strange 2 is ultimately a curious choice for Captain Carter’s live-action debut after she was introduced in Marvel’s What If…? series. In the Disney+ show, the alternate universe version of Steve Rogers’ 1940s love interest established her own superhero career by receiving the vibranium shield and the super soldier serum. It would seem that after helping a team of heroes from the multiverse fight Evil Doctor Strange at the end of What If…? season 1, the character returns for another adventure as part of Professor X’s Illuminati. Her coming back was no surprise, as it was already confirmed that Captain Carter would be in at least one episode of Marvel’s What If…? season 2, but her role in Doctor Strange 2 was kept a well-guarded secret for quite a while.

Captain Carter appearing in Doctor Strange in the Multiverse of Madness also now raises the question of exactly how What If…? fits into the equation. First of all, Captain Carter being in the movie would confirm that the show’s greatest marketing promise was true all along. It was said from the beginning that What If…? was vital to the MCU’s overarching story and its future. Considering that the show is an animated series, there were some lingering doubts about its significance. However, footage for Doctor Strange 2 hints that What If…? was much bigger than originally thought, and the confirmation of Captain Carter makes it even more important.

It looks like at least two of What If…?’s main character will play roles in the movie. An evil version of Doctor Strange was seen in the first trailer. It was thought at the time that he may be the same one featured in What If…? – and Captain Carter appearing reinforces that connection. There’s also the matter that Shuma-Gorath is in Doctor Strange 2, who Captain Carter fought in the first episode. From the looks of things, Doctor Strange 2’s story has strong ties to the events and characters from What If…? season 1. When taking into consideration how important the concept of the multiverse was to the story, that does make a great deal of sense. Doctor Strange 2 is poised to continue the Disney+ show’s exploration of the multiverse, how it works, and perhaps even Uatu the Watcher himself, especially since he’s associated with both Captain Carter and Evil Doctor Strange.

What Role Is Captain Carter Playing In Doctor Strange 2

While it may have seemed like Captain Carter’s role in Marvel’s What If…? set her up as a potential ally to Strange, Scarlet Witch (Elizabeth Olsen), and America Chavez (Xochitl Gomez), that clearly is not the case from the trailer. Despite becoming a champion of the multiverse, Captain Carter will be aligned against Scarlet Witch as she is shown attacking the Illuminati in the final trailer for Doctor Strange in the Multiverse of Madness. It seems that along with Maria Rambeau’s multiverse Captain Marvel, Chiwetel Ejiofor’s Mordo (who could still be a variant of the MCU villain), and Professor X (Patrick Stewart), she will form part of the team set up to protect the multiverse from the kind of chaos Doctor Strange’s No Way Home spell created. Captain Carter and Captain Marvel are clearly the team’s muscle, with Xavier in a leadership role and Mordo the magical element.

More: Doctor Strange 2: Every Character Who Could Be In The Illuminati

John Wick 4 Footage Description: Keanu Reeves Is Back (& With Nunchucks)