Logan Paul’s decision to turn the Pokémon Trading Card Game’s most valuable Pokémon card into stock is bad for the TCG and its fans. In April, the Pokémon community was stunned when Logan Paul wore the rarest Pokémon card in the world during his appearance at WWE’s WrestleMania 38. Many were shocked further after learning how much the TCG collectible cost. Logan Paul’s Pikachu Illustrator Pokémon card actually broke a Guinness World Record, due to the YouTuber paying a staggering 5,275,000 USD to own it.

The elusive Pikachu Illustrator card was first revealed in 1997 after the Pokémon Card Game Illustrator Artist Contest was announced in the November issue of the CoroCoro Comic magazine. Japanese fans were able to enter the special contest by submitting their own Pokémon drawings to the publication. Because there were only 39 winners, the CoroCoro Pikachu is one of the rarest TCG promos to ever exist. Decades later, only a handful of the promotional card has survived in good condition, and when Logan Paul was able to hunt down the only PSA grade 10 version known to exist in the world, it instantly became the world’s most expensive Pokémon card.

At the time, Pokémon fans were torn by the idea of a wealthy YouTuber owning what is arguably the most important card in the TCG’s history. The record-breaking sale also sparked debates over whether Pokémon cards had become too much about money, instead of the fun the series had intended to inspire when it launched decades ago. That debate was reignited again on July 7th, 2022, when Logan Paul announced he is converting his Pikachu Illustrator card into an asset players can invest in.

In a YouTube video uploaded by Logan Paul in July, the 27-year-old influencer showed the journey he took to purchase the Gen 1 Electric-type Kanto Mascot Pikachu card for 5.2 million dollars. However, many were surprised when the video ended with Paul announcing his plans to sell the rare Pikachu Illustrator card on his site Liquid Marketplace. Like a stock, he is allowing viewers to own a % of the TCG relic at a price of 10 cents per token. Although fans can purchase a piece of the physical card, Logan Paul will still retain 49% ownership of it.

Logan Paul’s sale of the Pikachu Illustrator card was immediately met with backlash from Pokémon fans, with accusations the influencer is degrading the importance of the TCG promo. Fans took to social media sites like Twitter and Reddit, to voice their criticisms of the Wrestlemania Pikachu Pokémon card sale such as user Ourbranchesbend who said, “Hell no. And people say he has genuine love for the hobby. Dude is everything that is wrong with it.” MrMoose1 wrote, “This right here is why the hobby has just gone down hill.” Few_Squirrel1206 commented, “I’d love a reprint of that card just to sicken him lol.”

Many critics also pointed out that Logan Paul will always be the majority shareholder of the card at 49%, and without fans knowing who owns the other percentages, it is unclear how much they can actually purchase. Logan Paul clarified he reportedly will no longer hold the rare Pokémon card, and that it will be secured in a vault he owns. But Paul also added, “If I were to wear the card out to fights, or a Pokémon box break, or even maybe put in a museum one day, the community can decide if we want to do that.”

Currently, it isn’t clear how The Pokémon Company feels about record-breaking Pokémon cards being re-sold for millions of dollars, or the TCG’s skyrocketing prices due to investors flooding the market. However, official Pokémon partner Jeremy Padawer actually helped Logan Paul secure the PSA 10 Pikachu Illustrator and was pivotal to the deal becoming a reality. On Twitter, the toy maker wrote, “Last year, I went on a quest with Logan Paul to find the grail of Pokémon – The Pikachu Illustrator PSA 10. We not only found it. He bought it. A surreal experience.”

Last year, I went on a quest with Logan Paul to find the grail of Pokémon – The Pikachu Illustrator PSA 10.

We not only found it. He bought it.

A surreal experience. Appreciation to my friend @LoganPaul – It was my pleasure being part of this journey!https://t.co/A3PVoNzhBA

While diving up rare Pokémon TCG collectibles as investable assets isn’t currently common practice, many Pokémon fans believe the move could be bad for the TCG, reducing the hobby to a digital market. There are numerous downsides to the concept, including the fact that fans don’t actually get to own the card itself or use it for TCG gameplay. For example, if someone were to purchase a percentage of a rare 1st Edition Base Set Charizard Pokémon card, they wouldn’t actually get to hold it or enjoy it. They would instead be buying it purely for the financial potential.

Logan Paul’s idea would essentially turn the Pokémon TCG into Wall Street by converting popular cards into investable stocks people can bet on with cash. Realistically, the average Pokémon fan will not have enough money to invest in the process, effectively preventing most players from being able to participate. With Pokémon TCG products facing mass shortages in 2020 and 2021 due to scalpers and card investors jumping into the market, anxiety surrounding the effects of shareholding rare cards is both understandable and reasonable.

However, the most frustrating impact of shareholding could be its effect on the Pokémon TCG’s target player base – children. The Pokémon franchise is, at its core, designed for younger gamers. The impact on younger Pokémon fans was already seen in the devastating scalping that occurred surrounding 25th-anniversary pomo Pokémon cards in McDonald’s Happy Meals, with adult collectors overrunning the fast-food restaurants to get the cards before they could make it into the hands of the children the meals are designed for. The Happy Meal Pokémon Card scalping is a prime example of how monetizing the card game can have devastating consequences on the fans who play the game.

Unfortunately, it won’t be too surprising to see more sellers scooping up classic Pokémon card expansions to mimic the shareholder idea Logan Paul is currently trying out with the Pikachu Illustrator card. Thankfully, many Pokémon Trading Card Game fans are turned off by the idea of taking important Pokémon collectibles with historical significance and dividing them up into percentages, creating the possibility the idea won’t take off or do well for those attempting to profit off the game.

Next: Every Pokémon GO Card In The New TCG Expansion 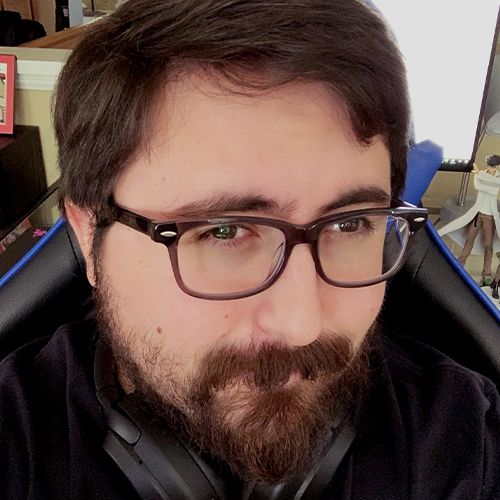 Brent R. Koepp is a games journalist based out of Los Angeles, CA. An avid Pokemon fan for over 25 years, he has spent his career reporting on the popular Nintendo franchise. Following his role as a Pokemon Content Lead at another company, Brent is now a Pokemon Senior Writer for Screen Rant.