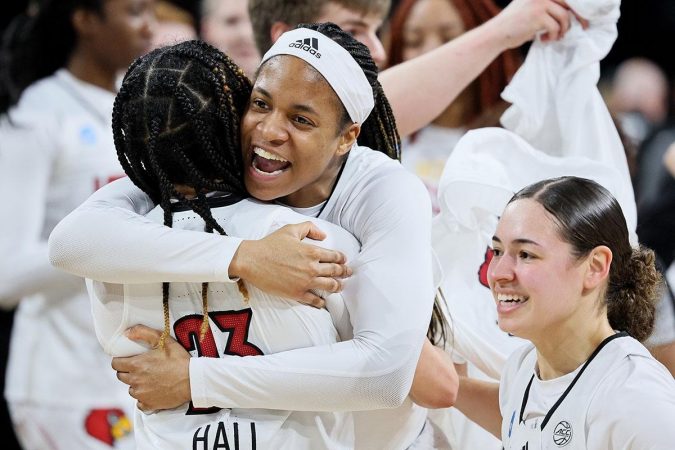 The story of women’s college basketball broadcasts over the past decade (and also, always) is as follows. Twenty years ago, ESPN bought the rights to every single NCAA championship besides men’s basketball in a creatively named package called “Other Championships.” Everything from women’s basketball to rowing to whatever else was negotiated at once in the same perfunctory deal. That package has hindered the growth of all “Other” sports because it is not very lucrative, and also comes with plenty of strings attached that hinder sponsorships and other money-making opportunities.

Why would ESPN sign a deal that doesn’t fully exploit their profit possibilities? Isn’t that the whole thing with capitalism, profit above all else? Well, in this case ESPN is making so much money anyway that it’s easier for them to just do the bare minimum to broadcast the “Other” sports, have some live games and matches to fill up their channels and streaming properties, and (you guessed it) profit.

The trouble is that many people really enjoy women’s college basketball (as well as softball, and other “Other” sports), and would prefer that it be accessible and well-produced. After last year’s weight room debacle, the NCAA commissioned some consultants to create a long report (which I know was discussed in this column last week, but it’s still important) that included a whole 88 page subsection on why the tournament has historically been inaccessible and poorly-produced. The main reason is the aforementioned deal, which allows ESPN to treat the women’s tournament as though it is not valuable (because…it did not value it, when it negotiated rights against no one else for it) and thus makes almost everyone else believe the same thing.

This has been coming up a lot in the run-up to the Final Four because of units — the ways in which men’s college basketball tournament TV rights funds get redistributed to teams playing in the tournament. The women’s tournament has no such equivalent, a clear inequity in a moment when the NCAA is laser-focused on correcting the most visible and least expensive signs of their persistent sexism and not doing a whole lot else.

The problem is, when it comes time to renegotiate this dumb, old contract (in August 2024), the core of the argument will be around the ratings, which ESPN PR makes sure to put out whenever they look good (which is to say, at all improved). But no one ever presents or considers the ratings in the context of where the games were aired and when and how much pregame coverage there was and how the previous games were aired — all of these things are connected to what makes a rating higher or lower, and yet they are rarely, if ever, discussed (except in the aforementioned 88-page report subsection that most people haven’t read.

Instead, we get arbitrary numbers with the news that they are improved, with no sense of why. If you put games on better networks, more people will watch them. When they negotiate that next deal, I’m sure that point will be raised — but in the meantime, ESPN has no incentive to make more substantial changes and drive up the cost of the thing they own. Note the two recommendations from the report below:

Add more telecasts of the WBBC on ABC, including potentially simulcasts of the Final  Four  and Championship game in the form of a Megacast (airing simultaneously on ESPN), starting in 2022. Move the Sunday WBBC Championship game completely into prime time, starting between 8-9pm EDT (similar to MBBC Final), and rework the schedules to eliminate as many same time conflicts in the MBBC and WBBC as possible.

They did put it in primetime, which is something. But it’s on ESPN, not ABC. It is 2022. Also, forget conflicts with the men’s game — ESPN didn’t even stagger the women’s Sweet Sixteen games so that fans would be able to watch the ends of all of them!

Yet the people making the decisions are just going to look at one number to represent the men’s game’s value, and one to represent the women’s. Those numbers will be almost completely meaningless and arbitrary, reflecting sports on different kinds of channels and at different times. But nuance might require reading the 88-page report subsection in order to do one’s job, which would be hard. Better to just sabotage the sport’s success because it’s too hard to think about things like women’s sports TV ratings in context.